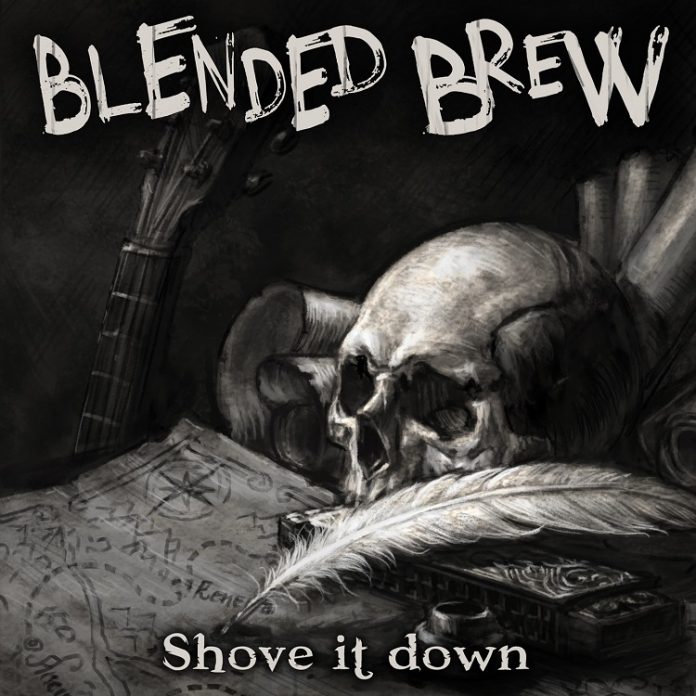 I saw a Tweet the other day about the political situation in the UK ( it’s neither the time or place for me to debate that here) and it said this: “Damn the public for being so out of touch with the public mood.”

A throwaway remark, perhaps, but one that seems to sum up the relationship of the good folk of planet rock with, well, rock music. See, those that think they are cool, they like to tell you that no one likes it.

A classic, true example: I went to see Blackberry Smoke in a 2000 capacity venue near where I live. Packed to the rafters, baby. Indie kids at work: “they are shite, never heard of them.”

A week later or so the latest hot indie band turned up, same room. As it happens I went to that too (I work on the principle that if something is good its good and who gives a shit whether its “cool”) nowhere near full. Indie kids at work: “they’re the future.”

If that’s not bad enough there’s bellends like Gene Simmonds, sitting on their yacht proclaiming that rock is dead. He said that in 2016, to be exact (and about 24 years after the prick had released anything good). No one told rock bands, Gene, so shut up, you silly old man.

Which neatly brings me to the point of this. Blended Brew. The four of them haven’t come out of Denmark to follow trends, to be told what to think by the bloated and past it. No, they are here to make a statement.

And on “Shove It Down”, they scream it loud and clear. We are here, and we are pretty awesome.

The thunder of the drums, the rumble of the bass that forms the intro to “Ancient Alien” tells you that much, even before they’ve sung a note. Which when it happens is a simple: “Oh, yeah!” from Jimmy Månsson (who also brings the riffs here too) and that exultant scream is the sound of a band that’s living its dreams.

You can talk about bands like Rival Sons, if you like. To be fair, you’d be hard pushed to think of anything else when “Stay In The Shadow” swaggers in, but a little like the Freddie And The Phantoms album I reviewed recently (compatriots, label mates and obvious contemporaries) this is the Rival Sons with energy and desire, not the hippy-dippy type.

But the thing about Blended Brew, is that while you’re wondering who they sound like, they are making fabulous music, like “Woman I Need You” – and the perfect blend, if you will, between guitar and organ is here. You can mention Deep Purple, but this is like Spiritual Beggars too.

The slide guitar of the utter stand out, “Electrified Loser” is so raw that it would reach out of the speakers and grab you. Tyler Bryant-esque, and this Shakedown (sorry!) continues with “Give Me Your Love (Rival C**t)” – the bracketed title is rather stupid, to be honest, but the song is not. It is another arena ready slice of thunderous stuff.

The title track, speaking of Thunder, doesn’t half remind of one of Danny Bowes and the chaps’ early moments, while “If The Streets” adds not only a soulful side, but also an undercurrent that this might be on the wrong side of the dark alley too. “Run And Hide” walks the extremely fine line between the absolute primal blues of the likes of The Bonnevilles and the desire to be a hard rock band from the 80s, and “Renegade” is apt, as it happens. Why? Well, this one is a bit of an AOR thing, and these are outsiders. Because BB don’t care for your boxes, thank you. They will do what they choose.

And that includes a complete change of pace for a closer. “Don’t Say No” is a fragile thing built around a piano and strings. It is at once out of step with the album, and yet totally in keeping.

This is a wonderful blend, original and the brew is tasty. But those are easy clichés. This album eschews that sort of thing. So look at it like this. If Whitesnake wanted to Slide It In slow an’ easy, then Blended Brew want to “Shove It Down” until you are almost required to take notice. No matter what “tastemakers” think, to the contrary.

Previous article
BAND OF THE DAY: TROPE
Next article
REVIEW: BLAST BOMB – LIVE AND EXPLOSIVE IN THE UK (2020)