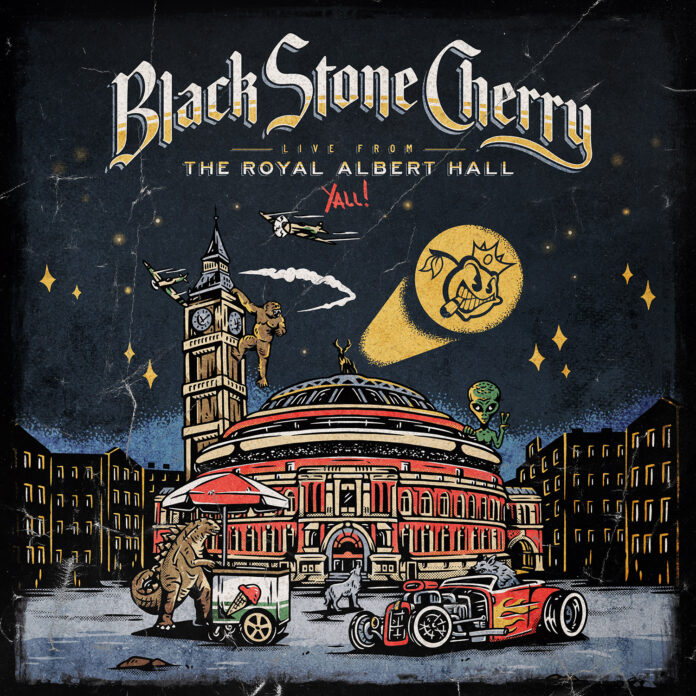 Last September it was different. The 10th September, Black Stone Cherry played just up the road from where I live, and I was in a very different place. Like many I’d had some struggles in lockdown and I wasn’t well. I’d decided I wasn’t going to gigs anymore. I’d seen two since they’d restarted and hadn’t really felt “it”. I hadn’t bought one for BSC when they’d gone on sale and it was sold out, but the closer it got it was eating away at me. ‘Lets go. They are always so good’. Anyway without trying to sound smug, I’ve ran a music website for a long time and a few emails later I was sorted.

About two thirds of the way through the gig the band played “Things My Father Said”. The back story to that is that Chris Robertson, the BSC singer’s dad had just died. Whether it was the emotion of that, or what had happened to me for the two years previously, I honestly don’t know, but I do know this: for the first and only time in my life of going to gigs for 30 years I was in tears.

Right at the end of the show, as it is here on the musical document of what had happened a couple of weeks after I’d seen them, they play “Peace Is Free” and he says something like “to me, a song isn’t just a song, its more than words and music. It’s a moment in time”.

Those words have stayed with me since. They are with me now. So it doesn’t matter whether you get it or not, what your experiences were, that above. That was mine.

For BSC to be in the RAH is incredible, but so well deserved. From the moment my brother had text me about 2006 and said “I’ve just heard a song on Planet Rock that you’re gonna love”, Black Stone Cherry have been a favourite of mine.

That track was “Hell Or High Water”. They play it here. It’s still just as good.

Elsewhere, the set is the one they played in Birmingham. It’s a set that proves how good they are. From the moment Robertson says “what do you say we have some fun, the Black Stone Cherry way, baby” before “Me And Mary Jane”, its everything that there is to love about BSC. Arena rocking, southern rock tinged slices of fun like “Burnin’” that are just superbly delivered.

“Yeah Man” is simplicity itself, and it underlines the fact that Ben Wells is a rather underrated guitarist, “Like I Roll” (“its like Christmas Day up here on stage”) is the perfect slice of radio rock, “Cheaper To Drink Alone” turns into a jam and almost acts as the centrepiece of the whole gig.

Like any arena rock band they know how to pace a set and to do the crescendo thing. Here they do it brilliantly. After John Fred Young’s drum solo and that spine tingling “…..Said” it’s a full on, diamond encrusted race for the end.

And I’ll make a big call here. No hard rock band can better the last five of this main set. “In Love With The Pain”, “Blind Man”, “Blame It On The Boom Boom”, “White Trash Millionaire” and “Lonely Train” and that’s before that encore.

Black Stone Cherry are one of those bands that you can’t help but warm to. They deserve nights in the greatest venues in the world (I’ve had the privilege of being at the Royal Albert Hall twice and it’s a truly inspirational place.) no one has worked harder than them, few have got better songs.

And no other band has ever made me cry. So, this record isn’t getting marks out of ten. Sometimes, it means more.