BAND OF THE DAY: GONE COSMIC 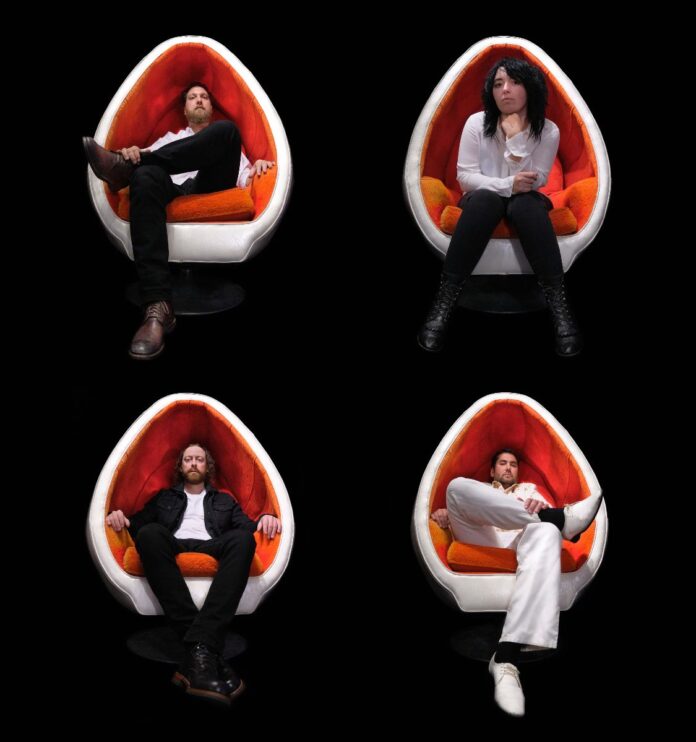 Calgary-based progressive rockers GONE COSMIC share another track taken from their upcoming new album ‘Send for a Warning, the Future’s Calling’, out September 2nd on Grand Hand Records. Enjoy the soul and fire of their new single “Endless”!

Following up the release of “Crimson Hand” in June, their new single “Endless” brings forth the soulful vocals of songstress Abbie Thurgood and the band’s technicality. Transmuting between wild operatic overtures and groovy rhythmic pockets, the quartet grinds out grand soundscapes filled with vocal canyons, labyrinthian twists, and rifftastic recoveries. Overriding fear of the unknown and embracing free-fall ecstasy, “Endless” breaks through the smoke clouds like a supersonic falcon.

About the album, the band says: “As our world continues to navigate uncharted territory under the context of a global pandemic, social isolation, and social and economic injustices, Send for a Warning, the Future’s Calling was written to explore these experiences while also offering an escape from them. These themes are consistent throughout this collection of songs and are at the base of the band’s music messaging, with the intention of making a positive and profound impact on listeners and community members.“

New album ‘Send for a Warning, the Future’s Calling’
Out September 2nd on Grand Hand Records

A blood (orange)-scented breeze that bows the trees, GONE COSMIC chases the infinite haze from the skies and puts it right back in your eyes. Groove-mining breakdowns become the stuff of legend as the four pieces’ floor-thudding tail kick and hellfire halo holler originates a whole that is far more potent than the sum of its individual elements.

Pivoting on the acute juxtaposition of Abbie Thurgood’s soulful vocals and the galvanizing dexterity of Devin (Darty) Purdy’s promethean guitar runs, GONE COSMIC‘s sidereal style is emboldened by an equally accomplished and inventive rhythm section, comprising bassist Brett Whittingham and percussionist Marcello Castronuovo. Issuing a universal invitation to emerge from the suspended animation of quarantine and share in their lusty deconstructive discoveries, Gone Cosmic’s stunning future dispatches are set to transmute that which is set in stone back into primordial lava. Their debut album “Sideways In Time” was released in 2019 through Kozmik Artifactz.