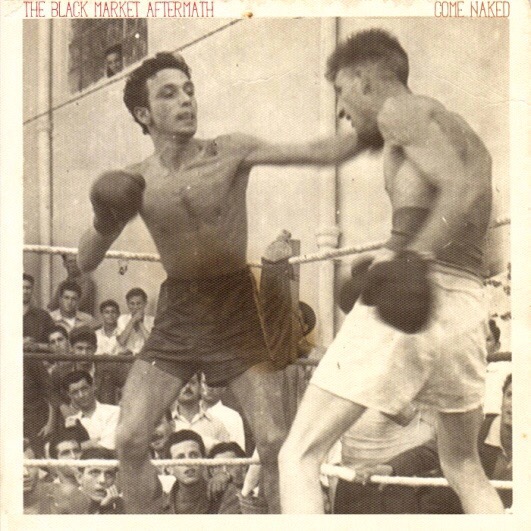 One of the longest and most eclectic releases of the year

On many levels, this is a weird album.

There’s the band name, pretty strange. There’s the title (fnar and indeed hehe) which is a little bit daft. But then, how about this. During the course of the recording of the record, the duo that make up Black Market Aftermath – instrumentalist Francesco D’Andrea and singer Walter Marini only spent seven days in each other’s company, preferring to communicate by email.

The record itself, though, took a year to complete. Francesco took a year off a work to work on it. And if you haven’t heard of him, you might just have heard of what that day job is. Y’see he makes the music you might have come across (at the risk of sounding a bit like Troy Mclure) on such programmes as “The Big Bang Theory,” “Mad Men”, “Glee”, and “How I Met Your Mother.”

This means two things: first he might have Penny from Big Bang’s phone number, but perhaps more important for the purpose of this review, he can play very, very well.

Having established his credentials it’s back to the oddity, because “Come Naked” is not only exceptionally long, (and in this internet age a 19 track album is more or less unheard of) it’s also exceptionally eclectic.

As befits his regular career, D’Andrea has constructed something that that is brimful of disparate ideas. This means that one minute you might be listening to the lush, widescreen laid back guitar tones of opener “Howling” the next a jazzy, bassy “She,” or there could be a foray into Biffy Clyro type stadium rock for “Again.”

All of which means that whilst “…..Naked” is collection of superb songs, it never feels like a cohesive album by a band. This is perhaps best exemplified by a couple of tracks in the middle of the thing. “Stone” which borrows from “Just Looking” by the Stereophonics, is stripped back and drips with raw emotion, while the next song “Sharp Thin Blade” is a garage rocker that wouldn’t be out of place on a Jack White record. Both songs are excellent, but the album flits around like a kid with ADHD.

There’s even a campfire country song or two “Miss You” being the pick, and some electronica with “Consequences.” Clearly this is what the vision for the band is, but it takes some getting used to.

Walter possesses a deep rich voice that brings to mind Eddie Vedder, and one of the highlights here is the Pearl Jam-esque “Dog Dreams” and the musicianship here is frequently stunning, oddly though it is one the simpler songs that arguably works the best of all. “Burning In Water, Drowning In Flames” is a one which Springsteen might be proud of and its summery, shimmering acoustic strum is augmented by some fine lead work.

Essentially we end where we came in, with a lush, big effort and “Baritone” does what “Howling” started, and provides a decent bit of symmetry on a record that frequently seems to have very little in the way of a thread.

“Come Naked” is very good – and occasionally it’s better than that. It’s just sometimes you feel like it’s a sampler on the front of a magazine rather than one full album. If they can harness their very clear talent and rein in their ideas ever so slightly then record number two could be very special indeed.

Now, to find out if Francesco can put MVM in touch with Penny