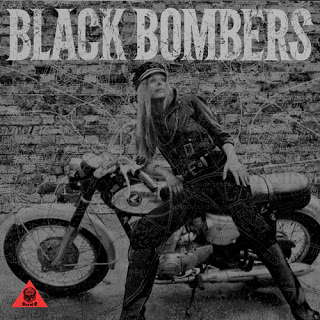 An acquaintance has been talking about these fellas for some time so I was delighted when this album came my way.

These guys certainly have pedigree. They can boast of a founder member of notorious Birmingham sleaze-rockers Gunfire Dance and a former member of seminal punk/post-punk band The Prefects.

“That Kind” kicks off the album and lays down a real marker. We get pounding drums; throbbing bass and grinding guitar licks before Alan’s pleading almost crying vocals come creeping in. A stunner of a tune to introduce us to the band.

“Whiplash” is up next and it’s another great song, which reminded me of the wonderful “Neat, Neat, Neat” by the Damned.

The last four tracks “Save Me”, “No Disgrace”, “Break it Down” and “Early Warning” are more up tempo chunks of grimy rock n roll.

Single versions of “Crazy” and “That Kind” are reprised at the end of the album.

This is a marvellous offering from these boys. A cracking mix of intimidating, unnerving garage rock, post punk, rock n roll, rockabilly psyche delivered to us by some gifted musicians.

I’m really looking forward to seeing the band and hearing these tracks being brought to life before an appreciative audience.

Birmingham is known as the stronghold of metal but these fellas could be the Brummie Bastions of Rock n Roll. Let these guys explode into your life!!!