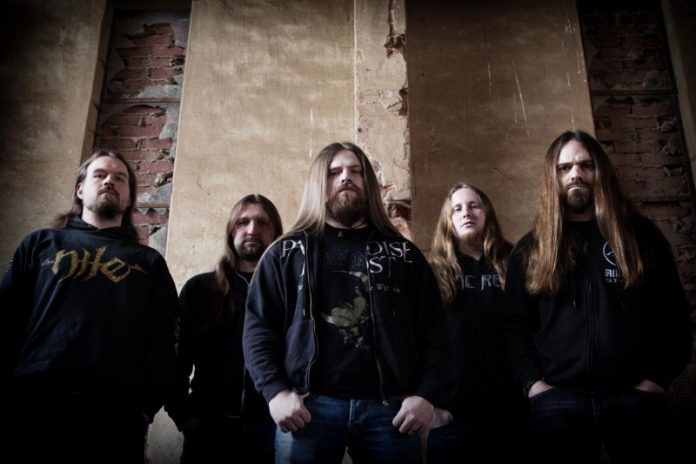 It’s no secret that DAWN OF DISEASE have been highly influenced by old school Swedish Death Metal: a healthy dose of Scandinavian rawness worms its way into every tune, but in the past couple of years these Germans have started to conquer new shores. Instead of cheaply rehashing the typical Sunlight sound, the guys opted for modern and pumping production, courtesy of Woodshed Studios, putting the spotlight on blasting beats, grinding grooves, and insidious melodies. The result might be the most intense death metal release of the year: Worship The Grave which will be released on June 24th!

Wanna get a first impression of this record? Listen to the track “Through Nameless Ages”.

The band on the brand new song:
“Through Nameless Ages” combines exactly the two elements that are typical for DAWN OF DISEASE: brutality and melody. Carried by a slightly thrashy verse and an epic chorus the song goes directly into the ear. Also the clean guitar part and the rock-oriented guitar solo create an intense atmosphere. The drums change from blastbeats to typical old school patterns and slower passages. “Through Nameless Ages” unites numerous trademarks representing DAWN OF DISEASE in 2016. Enjoy listening!“

Be prepared as there’ll be much more to come!