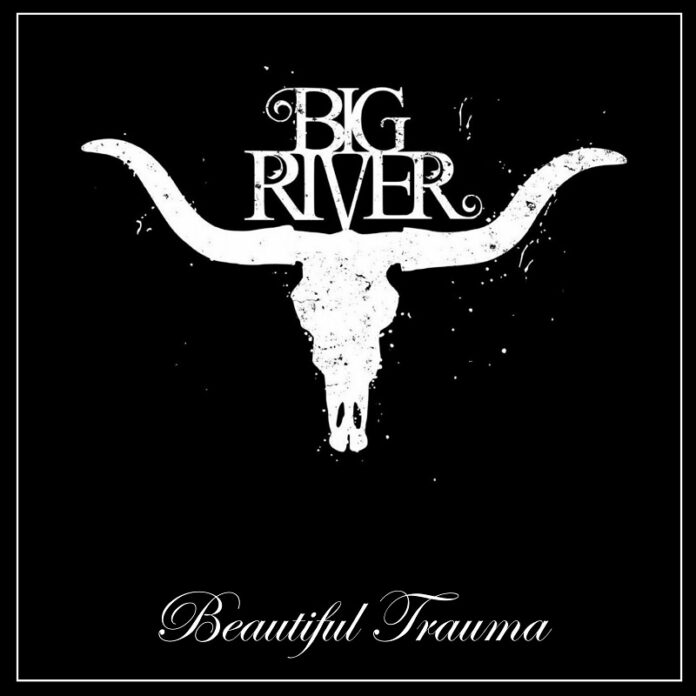 A lot can change in three years. Who knows what Big River had planned when they released their “Redemption” album in 2019, but it probably wasn’t three years of inactivity.

But like I say, a lot can change in three years. Not least a singer and bassist. Sometimes, that can be the making of a band and it seems to have been here.

“Beautiful Trauma” – lets get this said from the outset – is stunning, and if we start at the end with the title track, that underlines why. Classic blues sound, some truly wonderful guitar from Damo Fawsett, some lyrics that really make sense in the middle of the night, but there’s one other thing.

There’s a voice from the gods. There really is. Adam Barron was a former The Voice contestant, who sang for Mick Ralphs until a stroke tragically ended that for Ralphs, now he’s here. And the Paul Rogers comparisons aren’t going away.

It is striking though, that in these four songs its almost like a journey. Because the opening “Don’t Hold Back” seems to have not a care in the world as it ushers itself in on a warm zephyr that seems to suggest The Faces.

And just when you think this is a retro sounding band (you could be forgiven for thinking that based on the references thus far) along comes “Slow Burn” which has a groove that belongs to modern greats The Cold Stares.

Indeed, groove is all this is about. There’s a real class, though and the other song here “The Long Way”  – which is the second of the four – has the brilliant hook line of “I should have known better, but I don’t” and really, who does?

Big River feel like a band who are doing it all on feel, instinct and a genuine love for the craft. In full flow here, they are as current as anything. Ok, dreadful puns aside, this really is superb.