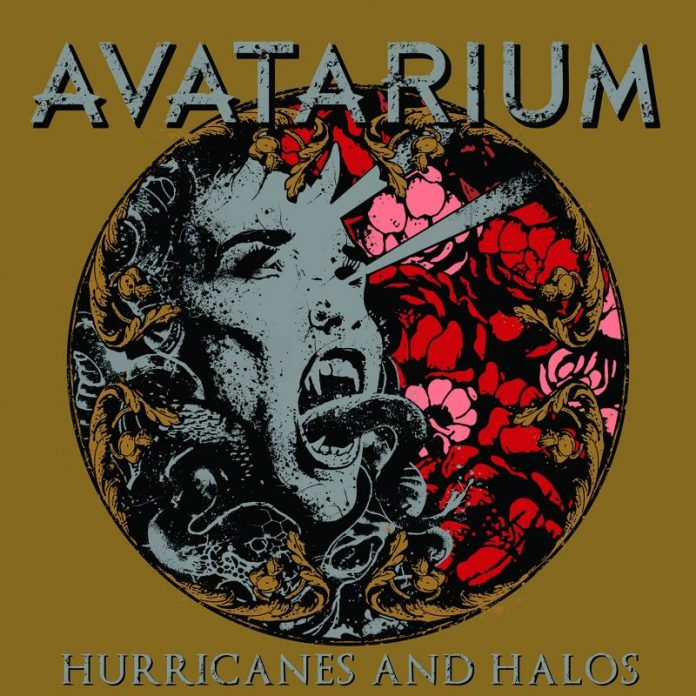 With an opening line of “from the volcano like a bat out of hell” it would be tempting to think that this album from Sweden’s Avatarium was perhaps the most metal of 2017.

But whilst it is entirely true that those are the first words of its first song “Into The Fire – Into The Storm” the real key to this is the lead up to those lyrics. The intro begins with a fine, strident guitar riff, but soon gives way to an organ sound that borrows from Deep Purple (or at the very least Spiritual Beggars) and that feeling of belonging to the late 60’s or early 1970’s is one that never truly leaves “Hurricanes And Halos”.

Avatarium were formed in 2012 by SOEN guitarist Marcus Jidell and Doomsday Kingdom and Candlemass legend. Leif Edling, but there is more of a band feel about these eight songs. Edling is no longer on the bass (replaced by Mats Rydström) but does maintain what amounts to a mentor role, writing six of the tracks, but the rest of the band have stepped into the breach on “….Halos”.

Not least amongst the stellar performances is Jennie-Ann Smith, who lends vocals to this that are nothing like those on what are on a normal “doom” record (this genre classification is extremely loose) instead, on the stomping album highlight “Starless Sleep” she excels.

Avatarium show a pleasing will to try things throughout. On “Road To Jerusalem” they mix blues with an obvious Eastern touch, while on the nine minute epic, “Medusa Child” they manage to mix a primal, tribal quality with a genuinely unsettling occult flourish and as many tempo changes as you can handle.

There is perhaps a feeling, though, that they are at their absolute best – and happiest – when the organ is swirling and the guitars chug as on “The Sky At The Bottom Of The Sea”, although they do slow it down to wonderful effect on the sultry and soulful “When Breath Turns To Air”.

Along with Smith, Jidell deserves much praise for his mighty shift on the guitar. The acoustic opening to “A Kiss (From The End Of The World)” gives way to a Tony Iommi style Sabbath riff. They are too savvy for a copy though, and instead subvert things just a little further.

Finishing with the instrumental title track, this is an interesting take on what doomy metal could be, and also what their slightly shifted vision for the band is. Their last one was good enough to get them much critical acclaim. Now, with “Hurricanes And Halos” Avatarium are ready to blow the roof of the joint.