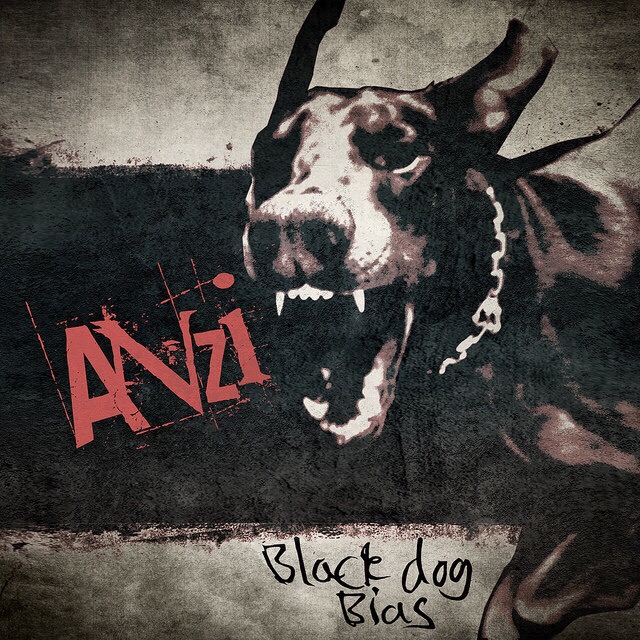 He’s been a Stereo Junk and a High Class Motherfucker, now Anzi is proving his bark is a match for his bite

As the lead singer of Stereo Junks! In the early 2000’s Anzi made quite a name for himself as a fire-breathing, loose limbed, industrial metal sort of Iggy Pop type figure.

When that band disbanded at the turn of the decade, he did the only thing he could do. That is to say he went solo and wrote some songs that sounded a bit like his previous work. Hell, it worked for Rob Zombie, right……?

Now, some four years after that debut solo record, the charmingly titled “High Class Motherfucker” comes this – and in many ways, “Black Dog Bias” can be seen as rebirth for the singer. Certainly it feels like he wants to make a statement.

For something approaching a comeback, it is perhaps fitting that it begins with “Revival.” One of the first songs to be released as a taster from the record, it is a pretty effective summation of what follows. It’s still music with its roots in the industrial scene, but it looks towards rock n roll for its hedonism, and if we may torture a Scandinavian reference a little further, it possesses all the punk sneer of the Hanoi Rocks. Indeed it’s not difficult to think that if Michael Monroe released an industrial record it wouldn’t sound too unlike this.

So it is that “I Let You Dive” and “Cortex Command” almost seem to kick off with intentions of the same claustrophobic sound that bands like Stabbing Westward used to knock out with ease back in the day, but then can’t resist a huge great thumping hook.

It makes for an interesting mix. “Fear Is No Prophecy” brings to mind long forgotten Brits Radiator, and it’s chanted chorus injects even more urgent than what went before, while the bass heavy riff of “God On The Screen” more than does the job of a dirty groove.

“Black Dog Bias” also has up its sleeve what we might term a couple of dance floor fillers, the throbbing, pulsing “False Saints” chief amongst them, while “Sunburn Jesus” almost from out of nowhere decides to look for the horizon with a huge arrangement.

Elsewhere, “Nuclear Sire” explodes slowly and the ending (bar a rather pointless Radio Edit of “….. Dive”) is particularly unexpected. “Delusions” is built around a acoustic shuffle that is completely at odds with the rest of the music.

Perhaps we should expect the unexpected with Anzi, though. Nine of the ten tracks here are written with this Katariine Souri, who amongst other things is a former Playboy Model and – perhaps more crucially in this context – Anzi’s ex wife. According to Wikipedia they still live together. According to this album they still have a decent working relationship.

“Black Dog Bias” is an unexpected record in 2015. Glam industrial punk n roll probably is a genre we’ve just made up, but whatever, Anzi is rather good at it.