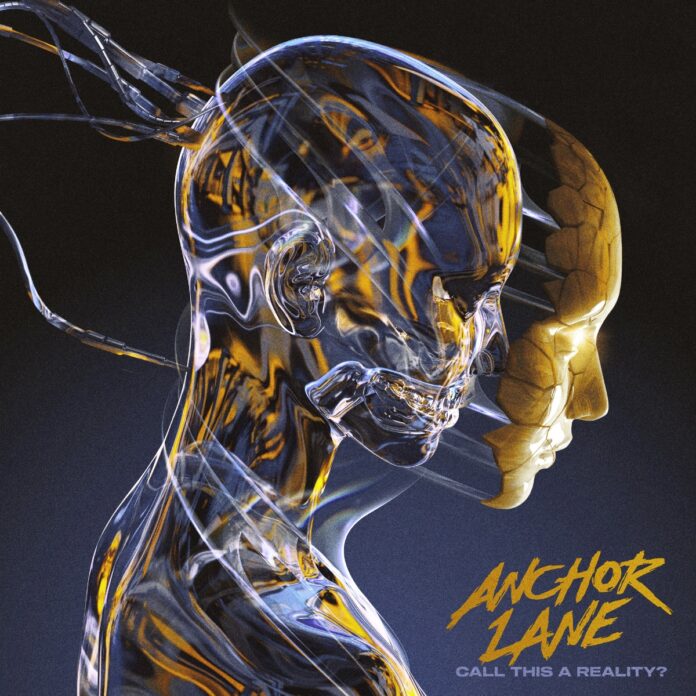 Three years ago I reviewed the debut album from Anchor Lane on the site. I’d made my notes on “Call This A Reality”, and went back to read what I’d written about “Casino” back then.

It was staggeringly similar to what I was going to write about the 12 songs here – indeed, one line stood out above all others: neither are Anchor Lane [a classic rock band]. Instead, this is a very modern, outward looking 10 songs.”

You’re nearly caught up, except this. Back in the autumn I went to watch Anchor Lane open for Virginmarys. The pairing is perfect, given that but for one more member, AL are the band that most resembles Macclesfield’s finest, but my words that night included: “[singer] Connor mentions their new album about 10 times. When it arrives, it could be special.”

There’s no sense in keeping anyone waiting any further, so the reality is that “Call This A Reality?” is superb. It is that special record we’d dreamed it would be.

It’s interesting that AL are removed from their obvious peers. There’s nothing remotely “retro” about “Stutter” for example. It’s choppy riffing is more Royal Blood than any new breed of classic rock, but its more personal than the songs on the debut. Like, if that one looked at the world, this one looks at their world.

And it sounds big. Big and ambitious. Take “Ministry”. Massive intent and attitude. “All you gotta do is be the same as everybody else,” goes the first line, and the irony drips. The title track sees new drummer Graeme bring the funk, and the chorus line “if this was a newsfeed, I’d want a new start” should resonate loud and clear.

I’ve already used “big” so I’ll call “Nitro-glycerine” “huge” instead, and if the album is broadly similar to the debut in feel, then the hooks are bigger. Elsewhere, there’s hints of different colours and shades. “I’ve Been Waiting” adds a bit of electronics,  like one of those modern prog bands, and if “The Mischievous Song” adds a dollop of indie floor-filler, then its perhaps instructive that their Producer for this one was Bruce Rintoul (Twin Atlantic, Fatherson, Vukovi).

Fans of Virginmarys need to get to “Choke” as fast as they can, and those who like innovative rock music that sounds entirely original can skip to “Electric Karma”. The way it explodes into melody and harmony is exquisitely done.

Although a reflective record by nature, there’s nothing like a conventional ballad here, instead “Bitter” veers close, with its eerie nature, but there’s something disconcerting and unsettling about the way it lurks – it’s a mark of the cleverness here. Likewise, “The Static” is a strange instrumental affair, slightly incongruous, yet utterly compelling, as it gives way to “Sycophant Disorder”.

As well as Virginmarys, there’s another name that is never far from the mind as you listen to “Call This A Reality?” and that’s Foo Fighters. If there’s nothing you’d categorise as conventional “hard rock” here, then “I Don’t Have Another Soul To Pour” does let its hair down and you do imagine its going to turn into “All My Life” at a moment’s notice.

It would be nice to make the prediction that in ten years they’ll be playing these ambitious songs in the arenas they’re made for, but the truth is that your Royal Blood’s and your Sleep Token’s don’t come around every day and break through. What we can say for totally sure, though is this: Anchor Lane have the ambition and the skill to do whatever they choose. The pandemic might have slowed their momentum, but it’s all systems go now. They are original, they are fresh and they seem ready to rise.

Previous article
FOR THOSE ABOUT TO ROXIE
Next article
BAND OF THE DAY: CUZA