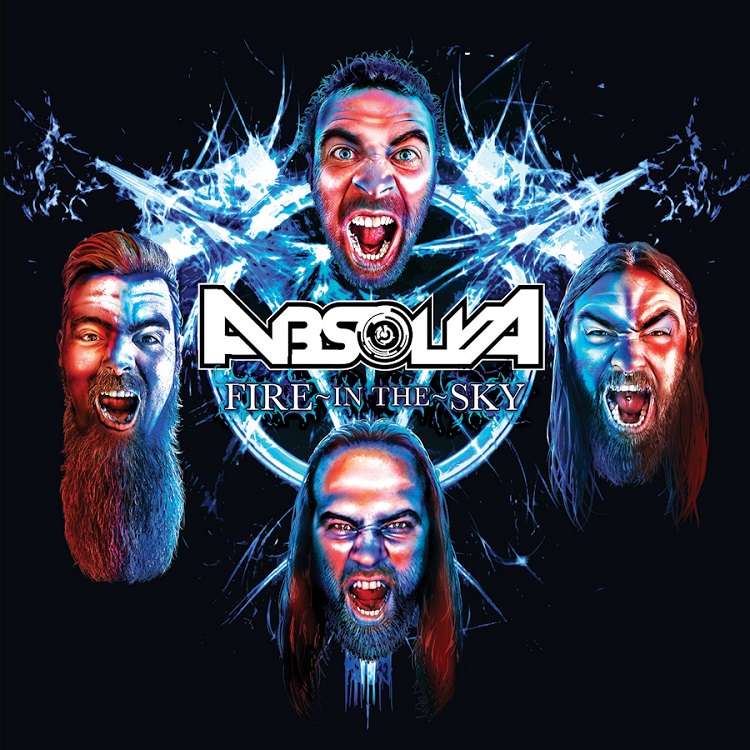 “When lightning strikes you down, you refuse to die”.

That’s the very last line on “Fire In The Sky” and yet, it’s the most important, I reckon.

It comes from the track “Refuse To Die” and it feels like its not just an anthem for metal but, a reminder for the band and a celebration for all of us. Like your redemption for the last two years, if you will.

That was the vibe when I saw the band just before Christmas as they played Blaze Bayley’s Big Bash in Wolverhampton (they are his backing band too), yet the album itself is darker than before.

In that  – and every other – respect, “…..Sky” can almost be seen as a product of its times, maybe even a kind of concept record (I said “kind of”, don’t fret!) even the titles hint at it. “Demon Tormentor” for example, is bleaker than you remember. Chris Appleton snarls “symbol of hate” in the chorus like he really means it.

This is as heavy as Absolva have ever been.

The addition of Luke Appleton (he was the bassist in their previous incarnation then moved to Iced Earth) as a second guitarist has really beefed things up. There’s a Saxon-ish feel to “Burn Inside”, and the defiant “Addiction” – on which the guitar playing is stunning – feels like a real statement. You’d imagine that fists go up everywhere this is played.

And that guitar playing is wonderful, it really is. It’s got to be 15 years or more since I first saw Chris Appleton play. I still remember me and my brother just saying “wow” or something similar. On a personal level, it is gratifying to see that talent being so richly lauded now.

There’s a mid-period era Maiden touch about the balladry of “What Does God Know”, on which all the anger of the pandemic, of losing a close friend (as Chris did) and of seeing your career potentially in ruins stall spills out on a glorious song.

Elsewhere there’s just riff after riff coming at you on “Stand Your Ground” – and here again the lyrics aren’t the usual positivity that has characterised their other work – and there’s a near thrash feel to the title track’s intro, as well as something just a little more grandiose on “Man For All Seasons”. If its not power metal, then it’s listened to a Hammerfall record, let’s just say that. A feeling that “Gallόglaigh” merely underlines. They are fighting for more than Manowar here, and maybe they are defenders of the faith? Whatever, they are a collection of superb songs.

Indeed, they all are. “Historic Year” takes on 2020 directly. “I can’t take another day in this historic year” opines Appleton, and he surely speaks for many of us! All of us, in fact,  who found the lockdowns tough and weren’t learning new skills and baking banana bread to show on Instagram can find something here.

Which sort of brings us back to where we came in and “Refuse to Die”. The light at the end of the tunnel, the days we remember and the days we’ll get again. Which is why I said this felt like a concept record, because as we return to a normality that feels more the “old” than the horrible “new”, we have gigs again, we have music, and – in Absolva – we have one of the best UK metal bands.

Just like they, in the shape of “Fire In The Sky” have one of their best ever albums.