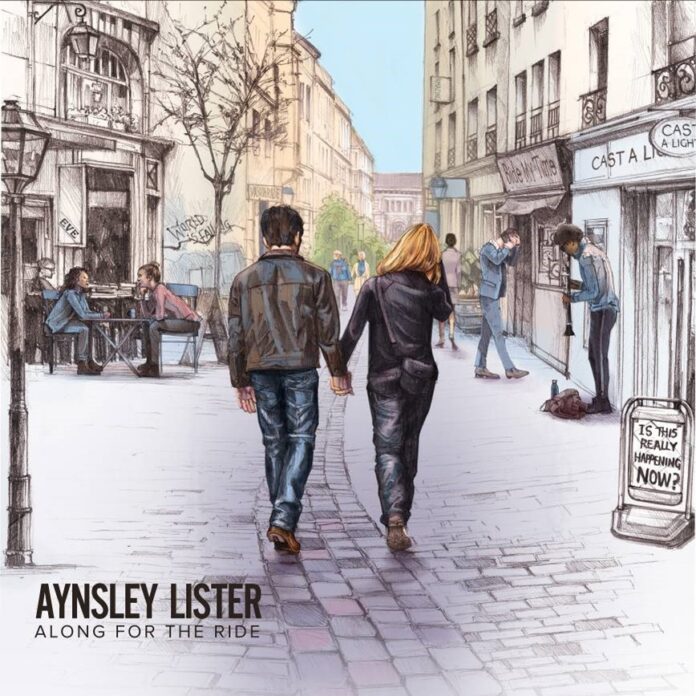 Legendary singer-songwriter/guitarist Aynsley Lister is releasing his 8th studio album Along For The Ride on his birthday, November 1th. The album is released under Lister’s own label Straight Talkin’ Records Ltd which he co-founded with his wife, Stephanie. The project sees Lister reach deep into his gutsy blues influences to bring a true storyteller’s perspective to unforgettable anthemic rock tracks. Fuelled equally by the everyday and an ‘amp to 11′ music philosophy, Along For The Ride soundtracks its listeners’ lives with a face-melting score.

Along For The Ride’s lead single Made Up My Mind introduces audiences to the world of the album with exactly this message. A rawness of the songwriting mixes with Lister’s mastery of his craft, all driven by his emotive vocals and wailing guitar. Aynsley’s symbiotic relationship with his six string makes the instrument incredibly versatile, effortlessly switching between rousing background chorales to in your face, attitude-laden riff machine.

The 13-track LP continues as its single sets out. Along For The Ride takes listeners on a round trip though swelling choruses, tender moments, and everything in between. The artist himself takes a musical journey, branching out from the 60s and 70s blues influences that soundtracked his childhood, to contemporary songwriting and production that’s destined for stadiums.

Lister has built his reputation as an incredible live performer, opening for such legendary acts as Jools Holland, John Mayall, Robert Cray, Buddy Guy, and ZZ Top, before becoming one in his own right. Aynsley’s performance at the Jools Holland’s shows were so electrifying it sparked the sound engineer to scream at him to turn it down. Some 25 years later and the moment has become legend in the fan favourite track Soundman that audiences still rave for!

Having adorned fans the world over with his signature gutsy blues-rock stylings to anthemic songs, Lister has earned a reputation as one of the globe’s top guitarist in his style. With over 100,000 albums sold, rave reviews from the likes of The Times and MOJO, a hotly anticipated nationwide tour, and the release of Along For The Ride just around the corner, there has never been a better time to be an Aynsley Lister fan.

Along For The Ride will be available across all platforms 11/11/22.

Previous article
BEAUTIFUL SUNSET
Next article
GOGOL WITH THE FLOE