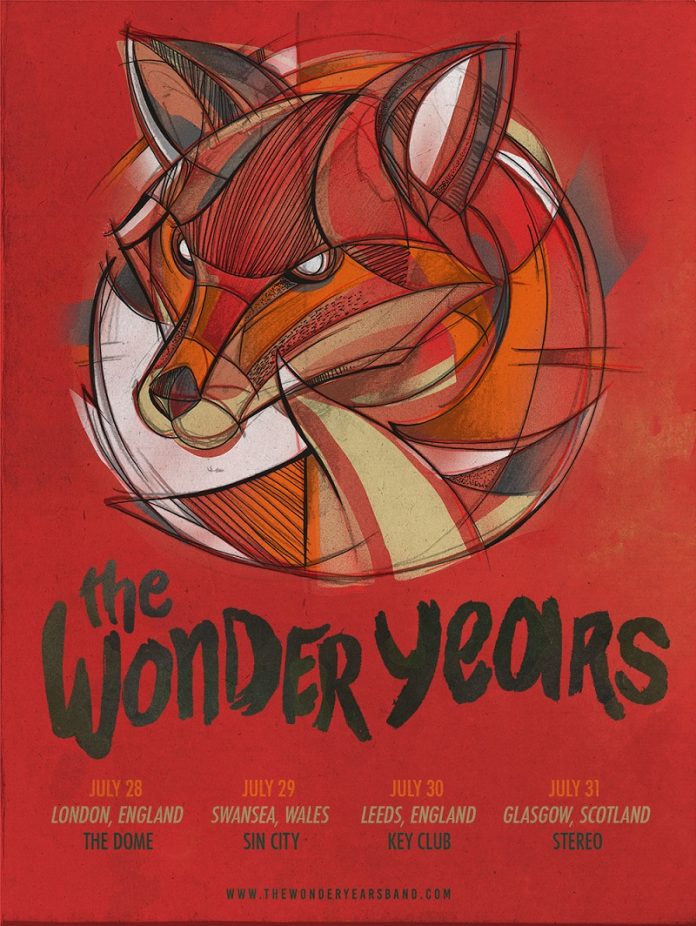 A quartet of shows for Wonder Years

Philadelphia’s The Wonder Years have announced a clutch of four special UK shows in July, which will see them play intimate venues across the country in London, Swansea, Leeds and Glasgow. Tickets are on sale now. Further details below.

Vocalist Dan “Soupy” Campbell says – “We know it’s been too long since we’ve really headlined and we’re sorry. Scheduling all of this is hard and with two of us getting married this year on top of all the touring we already had planned, fitting a UK run in has been a challenge, but we decided that isn’t fair to you. So, we’re making it happen. At the end of July, we’ll be coming over for four very special, very intimate shows. We’re playing in small rooms and playing long, ground-covering sets.”

This is a chance to see The Wonder Years up close and personal, following their stint supporting Enter Shikari earlier this year, which saw the band play to an 8,000-strong crowd at London’s Alexandra Palace. Get ready for some ultimate sing-alongs at these special shows – band’s first headline run on these shores since their most recent album, ‘No Closer To Heaven’, was released last year.