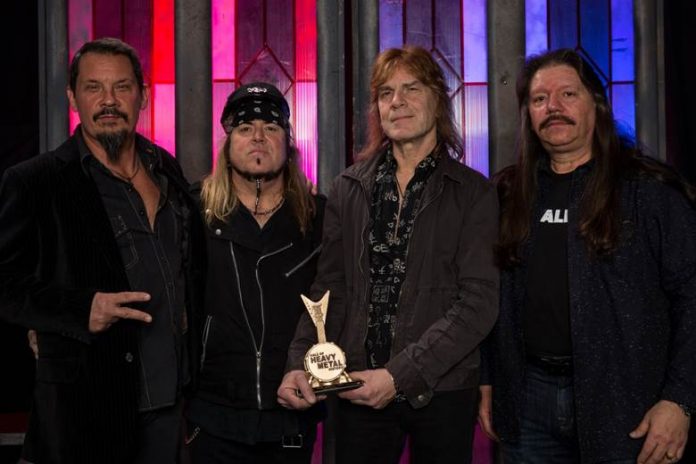 On Wednesday January 24th 2018, the metal community gathered in Anaheim, USA for the Hall of Heavy Metal History induction ceremony.

“I am honoured and psyched to be inducted into this year’s Heavy Metal History Hall of Fame with Riot!“ commented Don Van Stavern. “Our 30-plus year’s in existence is a testament to the longevity of a band through the fan’s love of our music. I am also honoured to be inducted alongside legendary musicians like Bill Ward from Black Sabbath, Carmen Appice and of course last year’s recipients, the greats Lemmy, Randy Rhoads and Dio and that’s an honour and award itself!”

Today, the band revealed that they will release their sixteenth album entitled Armor Of Light on April 27th! 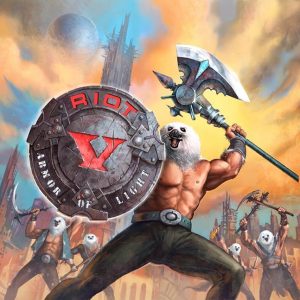 The new songs promise to please fans of the Thundersteel-era of RIOT, as main song writer and long-time Mark Reale music collaborator Don Van Stavern undertook a lot of the writing process, as he did on Thundersteel, The Privilege of Power and the latest offering Unleash The Fire. Don van Stavern adds: “This next offering will please long-time fans and create new ones – the material is fresh and power metal at its finest.”

Stay tuned for more information on Armor Of Light.

Since their legendary debut album Rock City (1977), RIOT has released numerous heavy metal classics, including Fire Down Under (with classics like ‘Swords And Tequila’), their masterpiece Thundersteel (1988) and the unforgettable The Privilege Of Power (1990).

After the death of Mark Reale and the departure of Tony Moore, Todd Michael Hall (from Michigan USA), completed the line-up of the band, which in the meantime performed under the name of RIOT V under the auspices of the two long-term members and main songwriters Donnie van Stavern (bass) and Mike Flyntz (guitar). With the critically acclaimed Unleash The Fire (2014), a pure power metal pearl once again underlined the musical importance and influence of the quintet.

Many artists name-check RIOT as an important influence on their musical career and have paid tribute to the power metal godfathers on multiple occasions. The list is long and includes several well-known acts such as Hammerfall (Flight Of The Warrior), Luca Turilli’s Rhapsody(Thundersteel), Axel Rudi Pell (Warrior) and newcomers such as Night Demon (Road Racin), Alpha Tiger (Flight Of The Warrior), Savage Master(Swords And Tequila) and Stallion (Rock City).

RIOT V are true metal soldiers – they will keep marching onwards and fighting the good fight to bring you the great music you’ve come to know, love and expect from them.