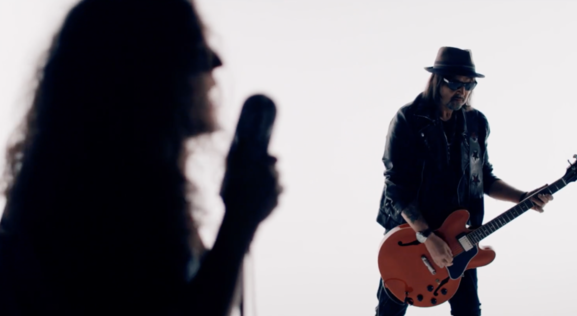 Commented Phil Campbell: “We are very proud of the release of our great debut album, »The Age Of Absurdity«, and very pleased to release the video for an amazing song called ‘Dark Days’. Enjoy, folks!”

Adds singer Neil Starr: “‘Dark days’ is one of my favourite tracks on the album, it talks about the current state of the world we live in, the repeats in history and the current damage we are doing to the planet and ourselves. It‘s dark, bluesy and has a great groove.”

Furthermore the band’s performance at the YouTube Space, London which was broadcast live on the day of the release of the album, Friday, January 26, is now available in its entirety at  https://youtu.be/rDG9-uojUQ4

The album is now available in various formats here: nblast.de/PCATBSAgeOfAbsurdity