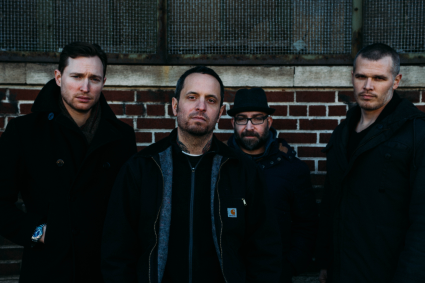 Hardcore legends are back
“Razed To The Ground is an album that travels deep into the heart of Vision Of Disorder,” conveys vocalist Tim Williams regarding his band’s sixth album.  “We weren’t out to achieve anything other than a great sounding heavy record that captures cries of war, madness of a culture, and the sounds of Mother Earth.“
Razed To The Ground comes three years after the release of The Cursed Remain Cursed, an album that silenced more than a decade of inactivity from the hardcore pioneers.  New tracks “Heart Of Darkness,” “War On The Police,” “Nightcrawler” and the album’s title track set in motion the band’s dissection of the world around them in all its ugliness and brutality.
One of the most innovative and widely admired bands to emerge from the collision between hardcore and metal, Vision Of Disorder exploded from the streets of Long Island in 1996. “Vision Of Disorder took a much needed baseball bat to the head of stagnant hardcore,” noted Decibel when describing the band’s unique sound. Twenty three years on from their formation, the band continues to deliver a heady brew of savage riffing and fearless proclamations that merge their sonic past with new vitality.
Razed To The Ground was recorded at Frankie Nasso’s Staten Island-based Nova Studios.  It was produced by Zeuss (Hatebreed, Demon Hunter, Rob Zombie) and features striking artwork by english musician/illustrator Daniel P. Carter (HIM). 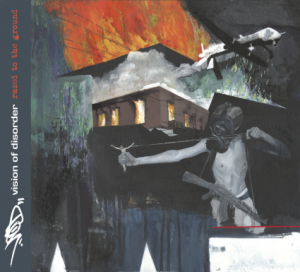 Track Listing
1. Heart Of Darkness
2. Hours In Chaos
3. Electric Sky
4. Razed To The Ground
5. Craving
6. Cut My Teeth
7. Red On The Walls
8. Nightcrawler
9. Severed Wing
10. Amurdica: A Culture of Violence