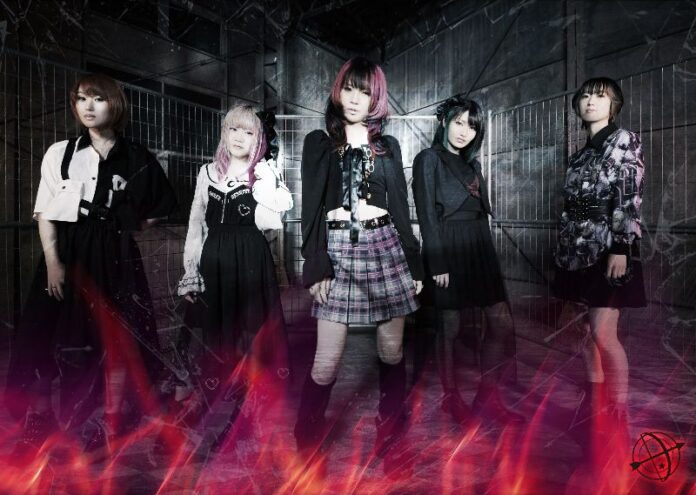 Japanese metal band BRIDEAR have returned with news of their brand new album, Aegis Of Athena, coming next month, alongside an earth-shaking single. ‘Ray Of Chaos’ soars in on feedback and a crushing riff, before unfolding into a melodic epic with the kind of guitar punch that metal fans will love… all topped off with Kimi’s sweetly sensual vocals.
Listen to ‘Ray Of Chaos’ here.
Aegis of Athena is a blistering 11-track opus perfectly blending traditional heavy metal, progressive arrangements, and addictive J-rock hooks. Kimi describes the new album as “an ambitious balance of what inspires us – the new wave of British heavy metal and traditional hard rock bands with strong melodies,” while bassist Haru claims “The arrangements and songwriting are really powerful. It will be amazing to play these new songs live!”

And ‘Ray Of Chaos’ is a brilliant example of what makes this new album such a huge leap on for the band. “It’s definitely one of our best songs,” says rhythm guitarist Ayumi. “It’s a powerful declaration of carving our path and getting the last laugh on those who never believed in us. Bluesy and heavy guitar riffs with a strength conveyed in the lead vocals unlike anything we have done.“

Aegis Of Athena is the band’s fifth album, and the second to be available internationally via their deal with Setsuzoku Records. Having become the first Japanese band to tour internationally since the pandemic struck, they won huge amounts of British and European fans last autumn whilst touring their critically acclaimed Bloody Bride album.

Fans can pre-order physical copies of Aegis Of Athena, including a special bundle with CD and t-shirt here: www.setsushop.com