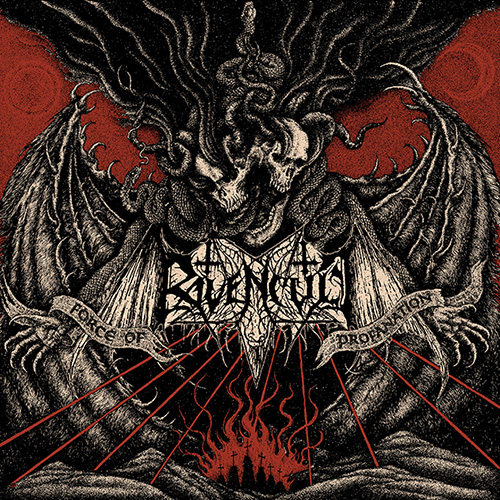 On November, 11th RAVENCULT will release their new album, ‘Force of Profanation‘, via Metal Blade Records.

Now the Greek Black Metal horde has launched the second single taken off ‘Force of Profanation‘! Surf over to the website of Deaf Forever at deaf-forever.de to check out the opening track ‘Tormentor of Flesh’!

Comments the band on the track: “‘Tormentor of Flesh’ is the opening track of the new album, serving the cause of direct attack in our trademark paces & riffing. Lyrically it’s about profane acts of torment against divine flesh, while musically it reflects our adoration for the 80s gods like Possessed/Venom/Slayer. Rejoice in Blasphemy.”

‘Force of Profanation‘ is RAVENCULTs debut album for Metal Blade (third in total). Surf over tometalblade.com/ravencult where you can stream the 1st single ‘Beneath the Relics of Old’. Make also sure to check out the pre-order section where you can order the album as a CD and in various vinyl formats!

‘Force of Profanation‘ track-listing
1. Tormentor of Flesh
2. In Macabre Triumph
3. Beneath the Relics of Old
4. Merciless Reprisal
5. Into Depths
6. Doom Oracle
7. Altar of Impurity
8. Temple of the Void