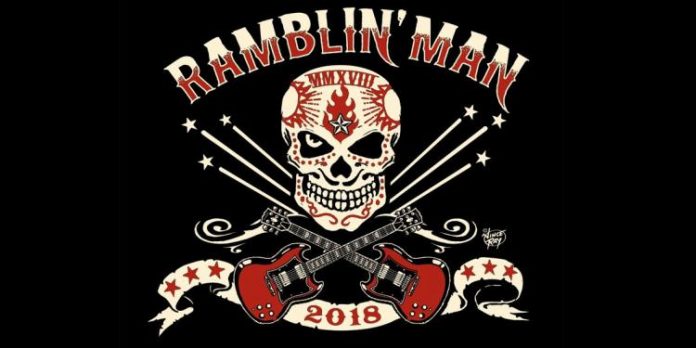 Right, let’s get the basics out of the way. This is not a band by band review because it’s impossible to see them all, instead it’s my rambling thoughts, a holistic overview of the weekend from a first timer.  It’s my opinion and I’m right. So are you. That’s what makes music so great and why we can have such a diverse range of bands over the two days.

As a Downloader my first thoughts on walking through the gates is how small it is and it can’t possibly work. However over the two days small is good. Everywhere is a moments’ walk away. Beer tent to main stage, to beer tent to any of the other brilliant stages and tents. The Rising Stage pulls you in the moment you arrive because the music is there, bursting out of the tent and demanding that you check out so many good bands who deserve your attention.

Clashes are inevitable and get worse and more frustrating as the weekend progresses.  The Adelaides glorious country & western harmonies counter pointed by cut glass English accents, a #wtf moment if ever there was one. Gun did what Gun do, a fantastic set designed to get the fans singing and involved. Therapy? less so for me but wandering back to Americana you get two different generations in Skinny Molly and TC3 who both know how to write an anthem that plays to their strengths. Ending your set with Freebird never fails to do the trick either.

The Saturday headliner slot was always going to be an emotive one after all the rumour and counter rumour that’s been around for six months. Whatever your feelings, Ian Hunter’s Mott The Hoople closed out the night with the hits scattered across the set, and at 79 Ian shows no sign of letting up. Was it only us or was Ariel’s guitar solos almost inaudible?

Sunday initially seemed beset with problems as the Blues Stage kicked off with a 30 minute delay putting Kris Barras up against Tyler Bryant, possibly the hardest decision of the weekend. I chose Kris Barras and dear god can this guy play guitar! His reputation proceeds him and is thoroughly deserved. Predicting a bright future for him is easier than winning the lottery!

If ever there was a star who was born to headline a sun soaked Sunday evening then it’s Charlie Starr. A fan of English ale he’s at home in the hop gardens of Kent and oozes class and it can’t be long before Blackberry Smoke close one of the nights out. Watching him also play with Govt Mule really feels like one generation handing over to the next. In total musical contrast both Von Hertzen Brothers and Fish showed on the Prog stage how to galvanise an audience in a totally different way. Mainly preaching to the converted they play in contrasting styles telling different stories and engaging different age groups.

Many were surprised when The Cult were announced as headliners but opening with Wild Flower sees Billy Duffy standing in iconic pose with his white Gretsch and you just know that they’re going to nail it. Love them or loathe them they’ve written the anthems that fans can sing to and ‘She Sells Sanctuary’ brings Ramblin Man 2018 to a close.

It’s a toss of the coin for best band of the weekend. For me it’s The Cult by a slim margin but Blackberry Smoke are hot on their heels; their time will come.

The likes of Download will pull the ‘big’ names but those names that can pull in 80,000 as Saturday headliners get slimmer each year. Festivals like RMF not only need to survive but must survive. Smaller? Yes. More friendly? Gosh yes. Happier? Yes again. The problems that RMF has had this year are well documented and possibly/inevitably wide of the mark, but let’s get one thing straight here; wandering around the beer tents (I only went in once, honest) there can be little doubt that this is one of the festivals that the fans want. Forget the big corporate do’s like Glastonbury where you go simply so that you can tell all and sundry that you go to Glastonbury, this is why we all got into music, whether that’s rock, metal, blues or prog, music tugs at the heart strings and creates memories for life.

Music is alive and well.  However, and believe me it’s a huge however, fans need to get off their sofas and support local gigs and these festivals otherwise it’ll die a corporate death smothered by Radio1.  Without Planet Rock, Facebook and groups like ‘New Wave Of Classic Rock’ on Facebook fans simply wouldn’t have seen those bands on the Rising stage and without the Rising stage there will be no future RMF.