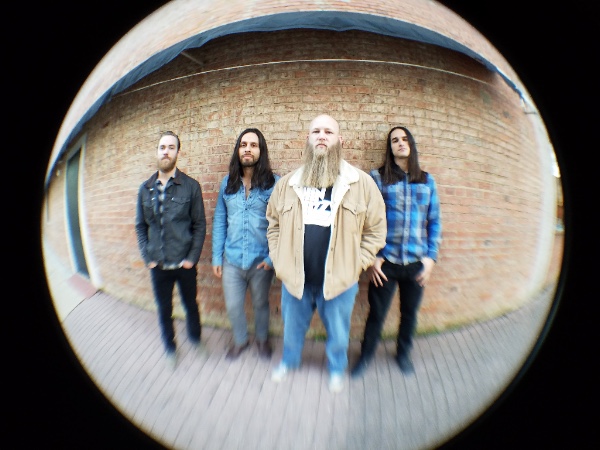 Following the release of last year’s critically acclaimed Relic, Louisiana’s preeminent prog warlocks, Forming The Void, are thrilled to announce news of their new album Rift, which is due for release this August on Kozmik Artifactz.

Originally formed in 2013 in Lafayette – a place with an impressive reputation for raising underground rock into realms of the unknown – Forming The Void became one of the city’s most talked about bands of 2017. With the release of their third album Relic (voted album of the year on Heavy Planet), their colossal and atmospheric sound summoned the towering hard rock riffs and progressive influence of bands like Mastodon, Baroness and Torche.

Newly signed to German label Kozmik Artifactz, in preparation for the official release of their fourth studio album Rift this summer, the band will take to the road throughout 2018 for an extensive run of live dates and festival appearances.

The first single lifted from their new album is ‘On We Sail’, an epic and devastating trip into the heart of a Sabbathian darkness, which premièred last week on Decibel Magazine. Courting robed figures in hallowed forests, with the odd case or two of Miller Lite, as guitarist/vocslist James Marshall explains:

“Lyrically it’s about being on a ship and being sucked into a portal that blasts out into space, and in that moment, accepting the path into the unknown and that it might be the end of the road for you. It’s meant be a victorious thing, although it sounds really negative. We were brainstorming video ideas and wanted to go with something beyond a regular performance video and do something light-hearted. We also enlisted some help from our buddy Jai Benoit of Golgothan to play the monster and assist with the vision. This is just another night with Forming the Void and friends. It was fun to spoof the first video and we shot at the same location with some of the same people plus more of our friends. All that together just made it a comedy.”

Rift, the new studio album from Forming The Void will be released on 17th August 2018 on Kozmik Artifactz, www.kozmik-artifactz.com