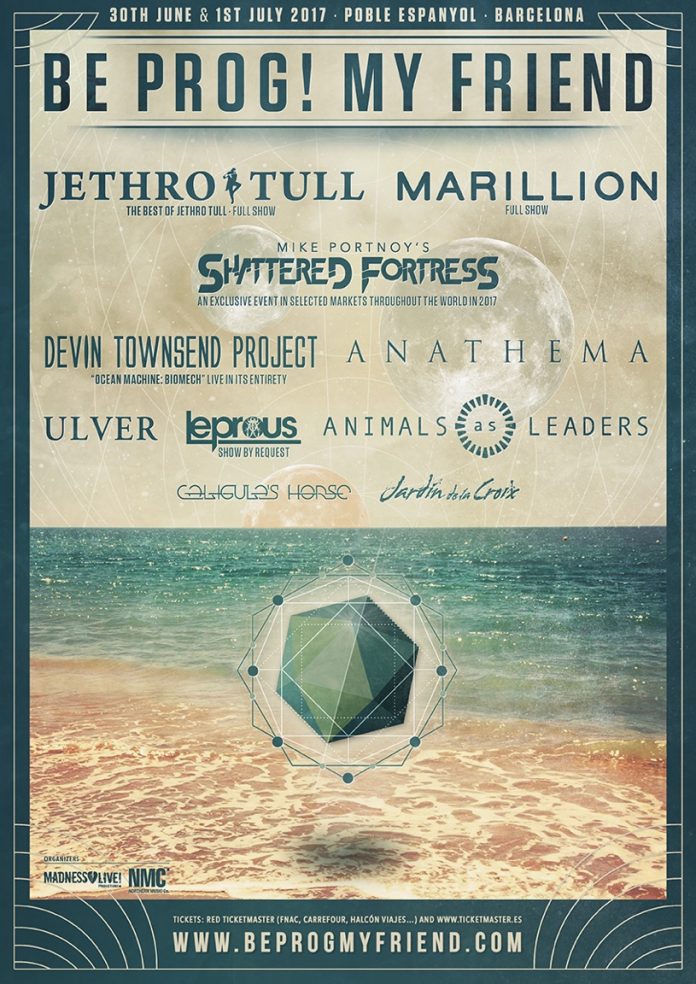 Line up for Spanish fest completed

Since its inception in 2014 the Barcelona based festival Be Prog! My Friend has played host to the likes of Opeth, Steven Wilson, Anathema, Devin Townsend, TesseracT, The Pineapple Thief, Magma, Agent Fresco, Camel, Meshuggah, Katatonia, Riverside, Ihsahn and Alcest.

Taking place in the beautiful open air surroundings of Poble Espanyol – a huge stone built architectural museum – the site is one of the most important and striking landmarks of tourism in Barcelona. Whilst by day the Catalonian hotspot may play host to some of Barcelona’s most interesting historical articles, by the end of June to the start of July it will instead play host to some of the world’s finest progressive bands. Last year saw the festival co-headlined by Steven Wilson and fellow progressive heavy weights Opeth.

Now Be Prog! My Friend’s line-up for this year is complete with the addition of the Devin Townsend Project, Leprous and Spain’s Jardín de la Croix.

Devin Townsend returns to Be Prog! My Friend for an exclusive performance of his 1997 album ‘Ocean Machine: Biomech’ in full to celebrate its 20th anniversary. Devin himself describes ‘Ocean Machine’ as ‘a labor of love that was born more out of adversity than almost anything else. I’m very proud of this album, and has a very obvious ‘blue’ feeling to me’

Joining Devin will be one of the best progressive metal acts in the world, Leprous. The festival organisers comment: ‘we were stunned by their technical genius, the absorbing personality of frontman Einar and their almighty live shows’. At Be Prog! My Friend their performance will be a ‘By Request’ show, where all fans of Leprous can vote. The songs with the most votes will be played at the festival.

The final band that completes the line-up for Be Prog! My Friend 2017 is Jardín de la Croix described by the festival as ‘one of the most beloved bands in the Spanish rock scene at the moment. With their excellent live shows they are definitely one of the best instrumental rock bands in Spain at the moment.  We proudly welcome them to the festival and hope you enjoy Jardín de la Croix with us!’

Tickets are on sale now at the fixed price of 130 Euros: