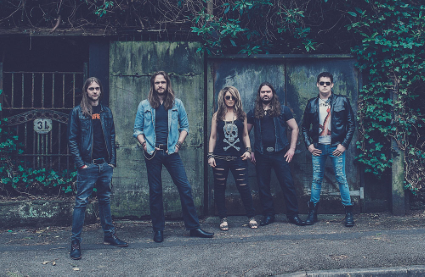 Bournemouth rockers release new EP, new video and tour with Gilby Clarke
Voodoo Vegas have released a brand new music video ‘Tied Up’.
For fans of hard rock, this is a foot to the floor track that oozes groove, swagger and plenty of melody, ‘Tied Up’ is some of the band’s best work yet and by all accounts “you ain’t see nothing yet” according to frontman Lawrence Case:
“The two tracks (Tied Up and Hypnotise) are both very good indicators of where Voodoo Vegas are going. Essentially this a prelude as to what happens next but doesn’t give the game away.”
Don’t miss Voodoo Vegas live – following shows with Y&T, Status Quo and Kip Winger; they’re confirmed as special guests to former Guns N’ Roses guitar slinger Gilby Clarke on his UK tour this December.
The new EP ‘Hypnotise’ is out now.
www.voodoovegas.com