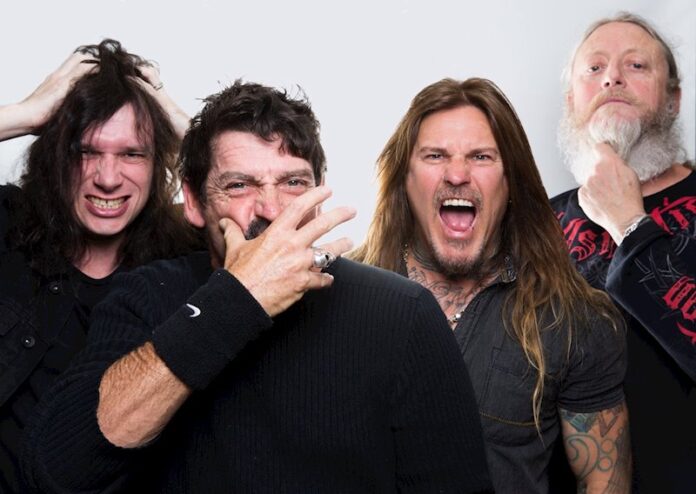 Scorching Australian rock band The Poor have released their brand new single and music video, ‘Cry Out’.  The powerhouse track comes ahead of UK/Euro dates with Rose Tattoo and a major homecoming show with KISS on their ‘End of the Road’ World Tour this August.

The new single, Cry Out’, follows lead track ‘Payback’s A Bitch’, both representing The Poor’s first new music in 12 years, via Australian record label Reckless Records. Time has not wearied this band. Still delivering their unabashed “four-on-the-floor rock”, these new songs herald a new era for The Poor, led by lead guitarist Daniels Cox’s premier songwriting collaboration with the band.  Fans can look forward to The Poor’s new album coming later this year on Reckless Records, with their back catalogue available now on digital platforms.

Don’t miss The Poor live in the UK and Europe:

Lead singer Skenie said, “These UK and Europe dates are going off! It’s been so awesome to catch up with fans who have been asking for us to tour for so long, and to play our new material! We are pumped!”

Previous article
STRANDED, CRAWLING
Next article
LOST IN A REVERIE