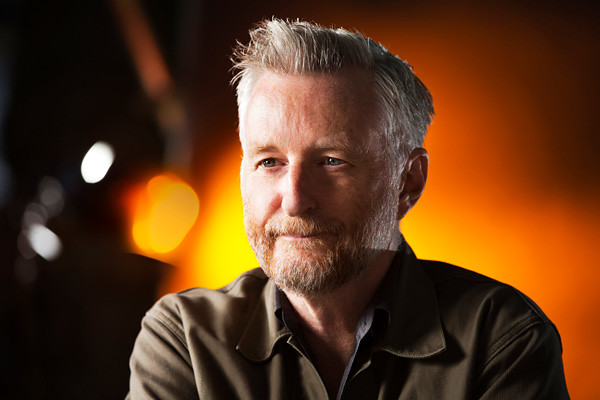 On Friday, 1st October, British musician and activist Billy Bragg will give a video interview as be part the TMW 2021 conference theme celebrating 30 years of Estonia’s independence and the role of music in social change.

Singer-songwriter, activist, music historian and writer Billy Bragg has been active in music and politics for over 35 years. Bragg travelled twice to the Soviet Union when Mikhail Gorbachev started to promote the policies of perestroika and glasnost. In November 1987 he performed at Tallinn’s Linnahall and played a DJ-set of The Clash songs in a local nightclub.

Triggered by the righteous anger of punk and the socially conscious folk tradition of Woody Guthrie and Bob Dylan, Bragg was the leading figure of the anti-folk movement of the ’80s. While his lyrics are bitingly intelligent and clever, they are also warm and humane, filled with detail and wit as he fuses the personal and the political in simple, poetic lyrics and evocative melodies, conveyed by an emotive voice. A committed socialist, Bragg helped to form Red Wedge, an organisation that supported the Labour Party. In 2017, in the wake of the political upheavals brought on by Brexit and the election of Donald Trump, Bragg released an EP of topical material, Bridges Not Walls.

Bragg’s political writing isn’t restricted to the studio. He is an author and outspoken critic of fascism and Brexit. His book The Three Dimensions of Freedom (2019) explores the tools democracy has at its disposal to combat authoritarianism.

Bragg has stated that “the notion you can change the world by singing songs can only serve to undermine activism.” He believes music and art can reflect society, but not change it. The role of the musician is to articulate what society thinks and feels. “We are a catalyst, but not an agent,” he declares.

Billy Bragg will be interviewed by Artemy Troitsky, a Tallinn-based Russian music journalist, academic, political video blogger and DJ, who first met Bragg in 1986 in Leningrad (Saint Petersburg). In his book Back In the USSR: The true story of Rock in Russia, Troitsky describes Bragg as “a sensitive and intelligent socialist in the British tradition.” He explains:“I was always a lefty – so for me, there was never an urge to convince my Western friends that socialism is bad, that communism is awful and so on. I’ve simply thought that the Soviet Union was a very ugly mutation of socialism.”

In addition to the nuances of Western leftism and its bureaucratic mutations in the Soviet Union, the conversation will tackle changes brought about by the perestroika and the Estonian Singing Revolution, as well as the role of music and freedom of speech in the fight against authoritarianism in the 21st century.

Billy Bragg’s interview will be preceded by the keynote speech “30 years of independence – did Estonia sing its way to freedom?” by Toomas Hendrik Ilves, former President of the Republic of Estonia.

Following the interview, Bragg and President Ilves will take part in a Q&A session moderated by Troitsky.

The TMW 2021 conference will take place 1st – 2nd October at the recently reopened Estonia’s corona-safe Nordic Hotel Forum and techno club HALL. It will focus on the interaction between local and global, from club culture to regional live music markets, and music as an instrument of social change.