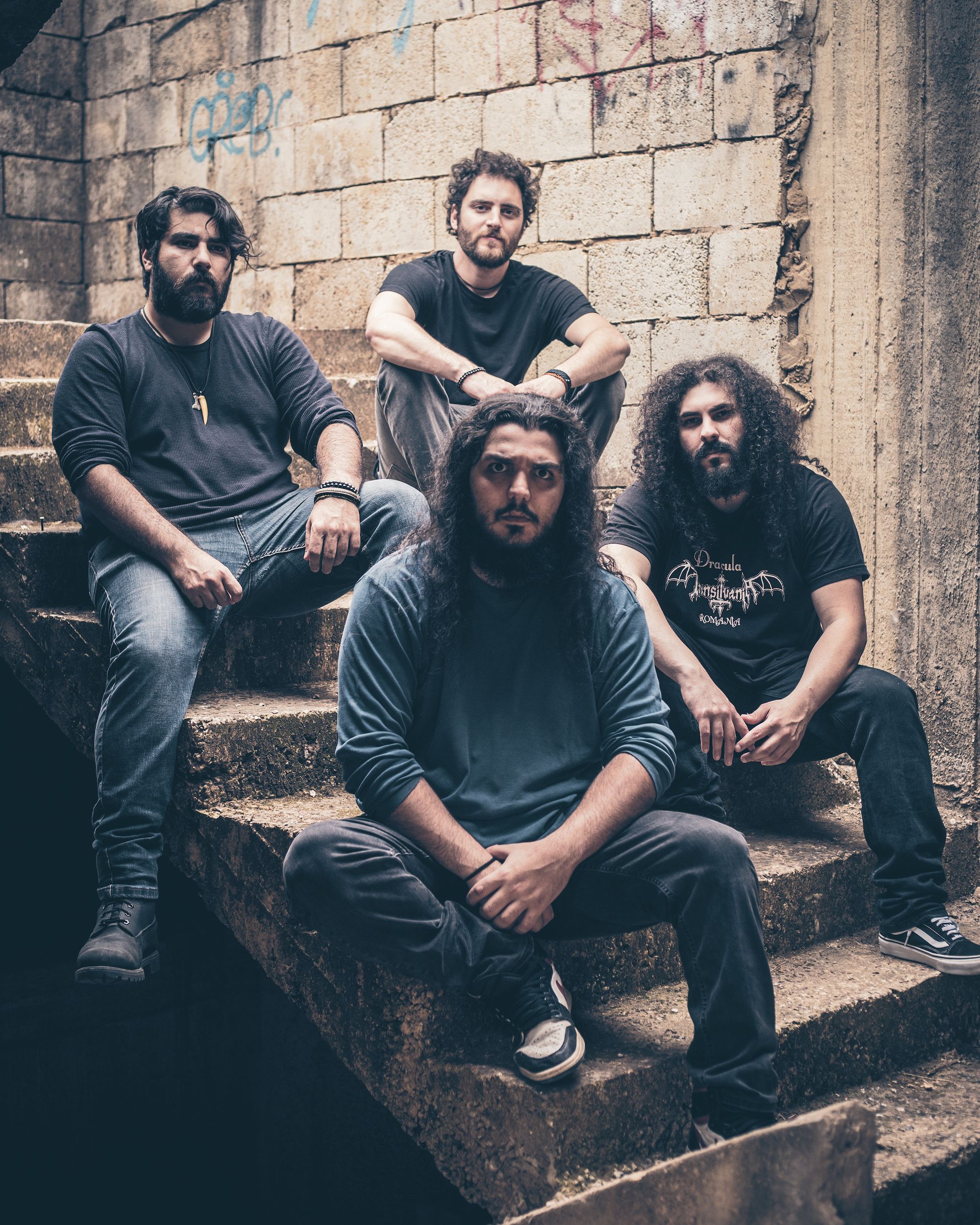 ‘Ominous’ arrives as the third single from ‘Syndicate Of Pain’, the new studio album which is set to be released March 3rd 2022, a concept album about an asylum ran by Dr Anton Shuman, a mad scientist that is manipulating criminals and patients labelled insane in his facility. First single ‘The Mute, The Deaf, The Blind’ https://youtu.be/PSzpCJzGnEg depicts imprisonment in society, wishing for death, and ‘Bone Orchid’ https://youtu.be/Quhqm5jjNXs reflects dreams of a dead orchid, the ghost of a flower, grieving the death of mother nature.

“So Grim, So True, So Real”……. Hallowed words that ring true for metalheads the world over, particularly for those living in far-flung corners of the earth where freedom of expression and socio-political upheaval makes it almost impossible to follow your passions.

Formed in 2014, the mission from the start was to create music in the vein of traditional and modern groove and thrash metal. The dystopian nature of 1980s and 1990s metal releases rang true for many a music fan in war-torn regions globally. This was no different, they in hearted the street spirit that many of those early metal classics were based upon and bridged it to meet their own reality.

With two previous albums, numerous tours across Romania, Croatia, Hungary, Bulgaria, Serbia and beyond, and major festival appearances at the likes of Wacken and Metalhead Meeting under their belt, Phenomy are excited to be heading into 2022 with an even bigger future ahead of them, fuelled by ‘Syndicate Of Pain’.