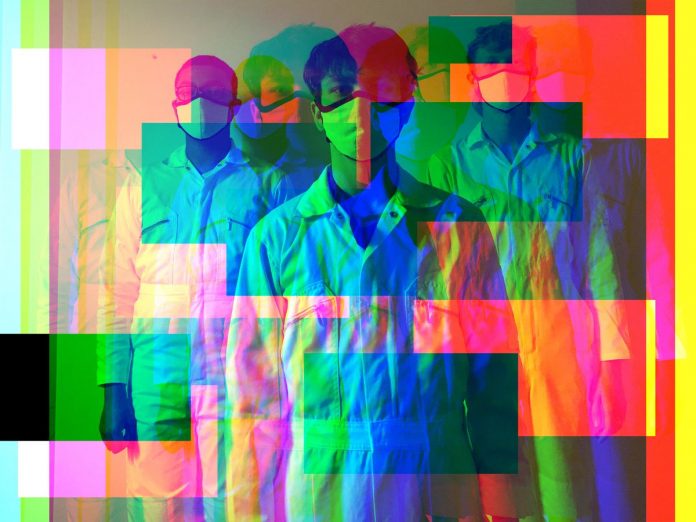 Petlib. (formerly known as Pet Library) are a three-piece experimental post rock band from London, UK. Having started in 2016 as a two-piece emo project, releasing an album and several EP’s, the band are pleased to announce they will expand their lineup and sound on their forthcoming new album Maker, set for release on 9th August 2019 via Beth Shalom Records.

The trio will be touring throughout June on a run of UK headline dates with support from label-mates in post-hardcore crew americansignlanguage – see below for full listings.

Comprised of original members George Milner (drums/vocals) and Tim Andersson (guitar/keys/vocals), PETLIB. is now completed by Kieran Alexander (bass/keys/vocals) on new album Maker—a concept record exploring the power possessed by a higher being, and the moral choices that have to be made when assessing how our actions affect those we are in control of.

As a taster of the new album, the band are pleased to be streaming lead single ‘Shell’ in full today. The track marks the transitional centre-point of Maker’s narrative, in which the benevolent Maker begins to assume his corrupt form.

One of the heavier songs on the record, ‘Shell’ gives nods to bands like Employed To Serve and Loathe, whilst also giving the band a chance to experiment with sampling and electronics in an approach they’d never taken before.

Commenting on the song, the band said: “This is the first track we wrote for the record back in January 2018 and we recorded it within the same month. By doing this we were able to use it as a good focus point for building the concept of the album both lyrically and instrumentally, and it also helped us to decide where we wanted our story to go in terms of the concept of the ethical questions we wanted to subliminally address on this record.”

“Lyrically this song is a juxtaposition that sees the protagonist being unsure if he should accept himself as the higher-being of the universe he has created for himself—and in doing so neglect his ‘real’ self—or whether he should abandon his creation so that he does not continue to lose his mind, or his grasp on his moral compass.”

Produced, engineered, mixed and mastered by Hamish Dickinson at Phoenix Sound Studio, the album sees the band bring their deep multi-disciplinary audio/visual insight to their creative process. Citing influence from Radiohead, Explosions In The Sky and Deafheaven, Petlib. harness an intensity that tells a poignant story through the soundscapes and accompanying visual elements developed in this bold new reimagining of the band.