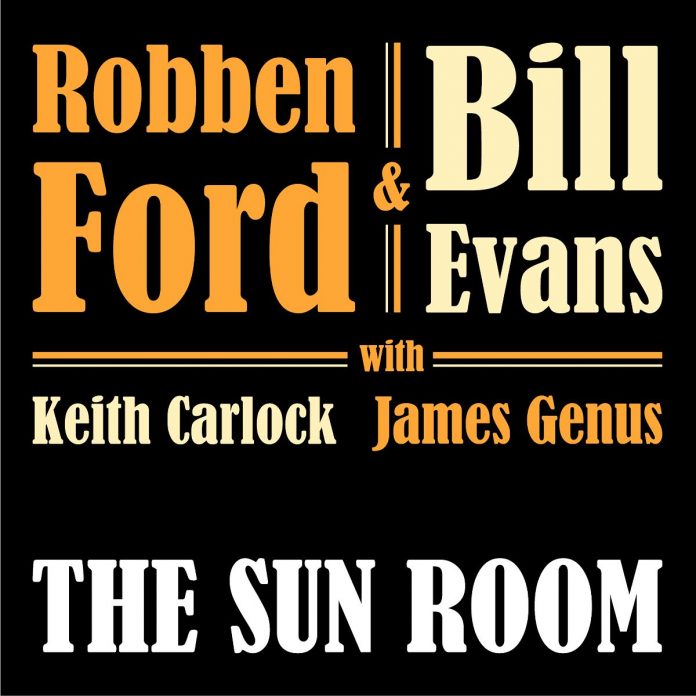 earMUSIC is proud to announce the release of the newest project by Robben Ford and Bill Evans, called “The Sun Room” on July 26th, 2019.

Ford and Evans have often shared the stage and recorded together over the years and so it’s no surprise that they are joining forces again.
During the promotion of the album “Purple House“, Ford spoke enthusiastically about the forthcoming tour in Japan, together with Evans.

“Having worked with many musicians in many different configurations and styles, I can say freely that this group of players has a great chemistry and ability to navigate uncharted waters, which is what allows for real improvisation”, Robben Ford says. “Making this recording, playing with these guys, has been one of my favorite experiences in a long, musical life”.

Only a few weeks after the tour, the two were in the recording studio, accompanied by a first class rhythm section: Keith Carlock (currently on the drums with Steely Dan) and James Genus, the wonderful bass player who among so many played with Lee Konitz, Michael Brecker, Branford Marsalisand Chick Corea.

Bill Evans enthuses about the recording process: “Rarely, but every now and then, likeminded musicians get together to create something that transcends musical boundaries yet can reach a wider audience. To me, the music we created on ´THE SUN ROOM´ is timeless. I love blues, jazz, soul, funk and this CD has all of it, performed at the highest level. I couldn’t be happier with this recording. The vibe was so great during this recording process that it was just a joy to be a part of. Well done, guys. Let’s do it again!”.

The album will be released on July 26th via earMUSIC as a CD Digipak andDigital.