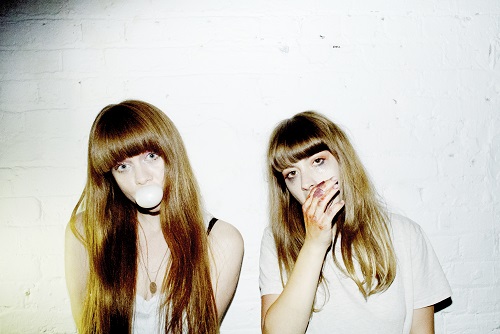 UK rock duo THE PEARL HARTS have unveiled the video for ‘Lara’, the first single taken from their highly anticipated debut album, due for release early 2018.

Of the single, the band comment: “LARA represents the duality of Women in the 21st Century, their traditional feminine side, for example, putting on make-up can directly encounter their harder side, for example, eating chips messily in a kebab shop, or running riot in the streets. Everyone is, or can be LARA, people should be able to relate to her, want to be her or see her as a friend of theirs already. She is cool, badass and fearless.”

Following a hugely successful pledge campaign – raising 260% of their target – THE PEARL HARTS have finally completed their debut album, details of its release will be revealed in the new year.

The band have announced their first show of 2018, catch them at the Sebright Arms on 21st March.

THE PEARL HARTS‘ unique band of rock set them off to a whirlwind start; they were hand picked to open tours with both Garbage and Skunk Anansie within their first few years of existence and also won many media champions including the likes of NME, Clash, Kerrang Radio. Being 100% DIY makes these achievements all the more impressive.

Having met on the road playing in former bands, lead singer/guitarist Kirsty and drummer/vocalist Sara ran away from their previous lives to become music outlaws on their own terms. Utilising heavy guitars, bouncy grooves and combining Kirsty and Sara’s wide-ranging vocals, The Pearl Harts create a unique and innovative barrage of sound. Influences of Black Sabbath, Fleetwood Mac and The Distillers are clearly apparent, but they have also been compared to bands such as Rage Against the Machine and the Beastie Boys for their attitude and grit.

Check out ‘Lara’ and more on The Pearl Harts App