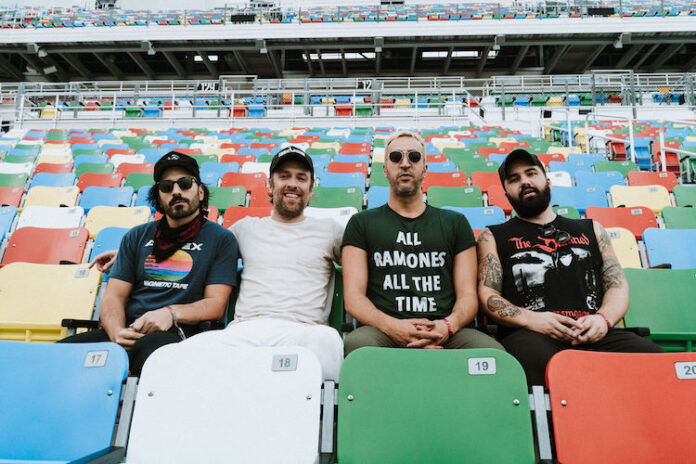 Los Angeles-based rock band Blame My Youth kicked off 2022 with the release of their debut EP, Dance With My Demons, out now via Big Loud Rock. Showcasing a rebellious mix of frontman Sean Van Vleet’s complex emotional lyricism and unforgettable hooks, each track further solidifies why many believe the new band is set to be one of 2022’s breakout artists.

After their first single ‘Right Where You Belong‘ became the closing credits theme on the GRAMMY-nominated soundtrack of Bill & Ted Face the Music, the new EP – produced by Joey Moi, (one of Billboard’s 50 Greatest Producers of the 21st Century) – features six brand new tracks plus a bonus version of the title track featuring The Score, who Blame My Youth join on tour in the UK from next month, with almost all dates sold out and limited tickets remaining in Newcastle and Brighton – full tour dates below.

Watch the music video for “Dance With My Demons” on YouTube HERE.