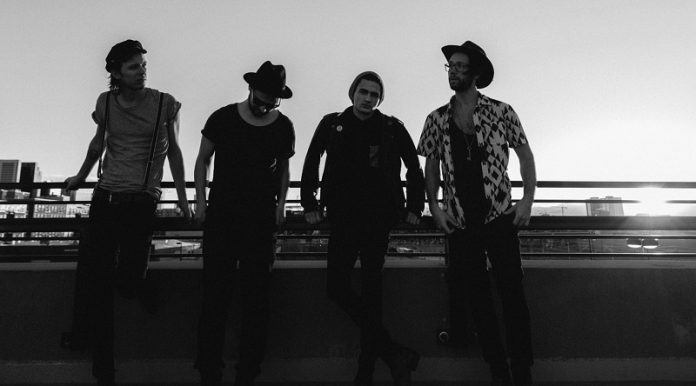 Colorado rockers return with new stuff
Fresh from a summer spent wowing audiences on the Vans Warped Tour, all-American indie-rockers Redlands have released Anybody, the lead single from their new EP Is There Anybody Out There? The soaring new song showcases jagged guitars & pop hooks alongside darker lyrics that will resonate with anyone searching for meaning in hard times.
Since forming in Denver in 2013, Redlands have established themselves as one of the leading independent bands in the USA. Led by charismatic frontman Ben Lohle, the band have picked up praise from Pure Volume, Diffuser, SubStream Magazine and GroundSounds with two acclaimed EP releases, played shows across the USA and won a small army of fans on two Warped Tours. Their accessible brand of pop-fuelled rock has also secured TV placements with Comedy Central and MTV, further underlining their knack for authentic connection with an audience hungry for emotive, cathartic songwriting.
Is There Anybody Out There? was self-produced by the band in the mountains of Colorado.
This seclusion from outside influences gave the band a renewed focus and energy, and also left them free to grow as musicians and producers. As Lohle explains – “What’s cool about this record is we did it completely ourselves. Writing in the mountains. Recording in a basement or a living room. It’s something that is entirely US. And that’s not something you see very often. We’ve been able to achieve something very genuine that we can all be proud of. Life isn’t always love songs and happy feelings & if we can create songs that resonate with people, then we’ve done our job.”
Redlands will be hitting the road in support of the new single and EP this Autumn.
For more info, head tofacebook.com/weareredlands