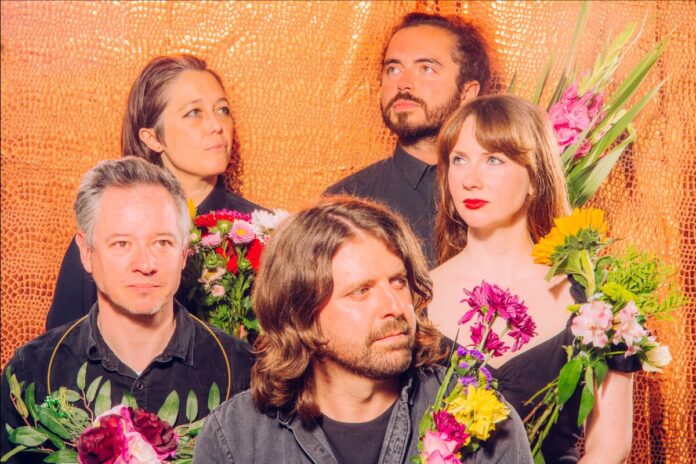 Irish indie-punk five-piece New Pagans have released their striking video for with their new single ‘Better People’, a stunning blast of positivity – and the first glimpse of the band’s stellar new era.

The band comment: “The video was once again shot by our frequent collaborator and fellow folk horror fan Dave McIntyre on the rocky shores and heather filled landscapes of Malin Head. The stunning Irish backdrop speaks for itself, it’s free set design and if it’s there we use it. As always there’s a few sly references to our fav films in the video, and maybe a fellow film nerd will get them, but as for the plot: David Lynch said ‘never explain’.”

As the music industry fights to return from the brink, New Pagans abandon chaos for a brief moment, in search of hope. ‘Better People’ celebrates our ability as humans to pull together, create communities, and look after one another – the band’s attempt to write a song that uplifts, gives hope, and just says you can be better.

Written during the grip of socially isolated lockdown, ‘Better People’ began with singer and lyricist Lyndsey Mcdougall celebrating the joy of music with her children. Realising the playlist they’d created had an inter-generational hopeful appeal, Lyndsey and NewPagans set to writing their own new uplifting anthem.

‘Better People’ is the result – recorded in the Glens of Antrim in Ireland by the band and self-produced, New Pagans continue to expand their DIY position. A glorious listen, recalling elements of The Xcerts, The Menzingers, and Muncie Girls, it’s a strong statement of intent from the five-piece – given that extra heft with a mix by Sam PettsDavis (Radiohead, Warpaint, Frank Ocean).

Following their European tour with Skunk Anansie earlier this year, NewPagans then toured with English folk-punk heroes Frank Turner and the Sleeping Souls on four dates across Germany.

‘Better People’ follows a stellar two years for New Pagans, following their globally-critically acclaimed debut The Seed, The Vessel, The Roots and All. Strong support from Stereogum, Kerrang!, The Independent, NPR and more helped mark the Irish group as a band to sit up and notice.