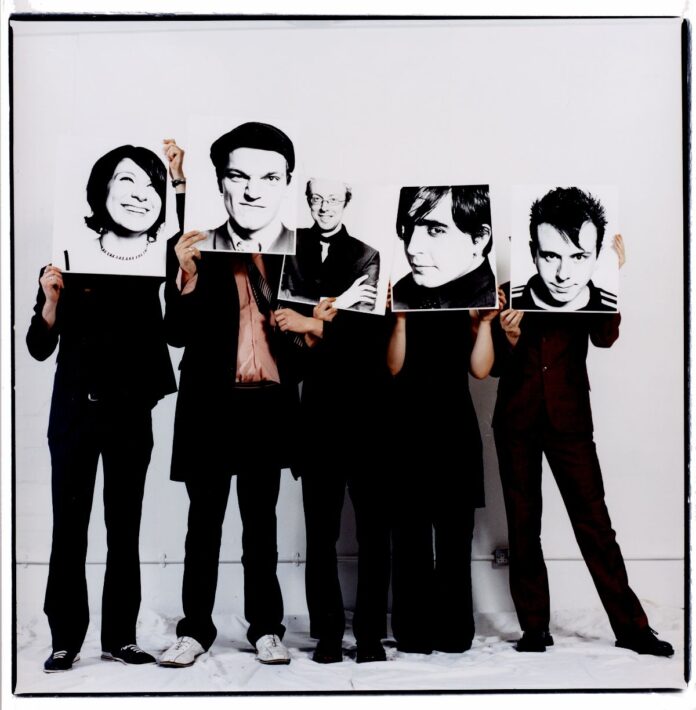 Look at them! Pop pickers ART BRUT and Alcopop! Records are delighted to announce that from this day hence, 27th October of each year will forevermore be ‘INTERNATIONAL ART BRUT DAY’.

Every year on this sacred occasion, the band’s seminal debut album Bang Bang Rock & Roll will be made available for free to everyone on Bandcamp to download, and the label will be hiding some vinyl around the internet for keen eyed heroes, too.

Now, 17 years since it first saw the light of day—way back when in 2005—all of the album tracks have been remastered and are sounding even better than before, and the band will be playing Bang Bang Rock & Roll in full (plus assorted greatest hits) at Heaven, London on 27th October 2022.

Tickets are on sale now with limited numbers remaining.

Commenting on the news, front man Eddie Argos adds: “To mark the inauguration of this special event, 20 years to the day that I wrote ‘Art Brut Top of the Pops’ for the first time in the guestbook of the Halle Saint-Pierre Museum on a trip to Paris for my birthday, we’ll be donating a copy of the seminal Art Burt album to that seminal Art Brut museum, too. The place it undoubtedly belongs for the ages. In these troubled times, there should be no one with an active internet connection who doesn’t have free access to owning Bang Bang Rock & Roll! With love from Art Brut.”

To celebrate the news, the band today release their rare 2005 B-side ‘These Animal Menswear’ available for the first time as a digital single, out now on all good DSPs.

A genuinely seminal record, Pitchfork included the album in their list of Top 200 albums of the 2000s, and fan favourites like ‘Modern Art’, ‘Formed a Band’ and ‘Emily Kane’ have been staples for awkward indie disco dancers to groove to ever since.