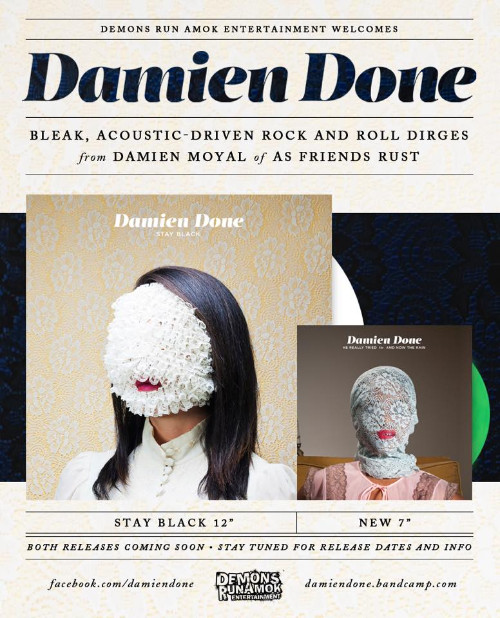 Demons Run Amok is extremely proud to announce the signing of Damien Done, the acoustic-driven punk/rock and roll project of As Friends Rust’s singer Damien Moyal.

Having spent the last decade playing and touring with bands like Shai Hulud, Culture,Morning Again, and As Friends Rust, Moyal recently recorded songs that diverge from his other projects, instead exploring a dark and minimalistic post-punk/rock and roll sound. Those songs will finally be released on June 25th via a full-length album entitled “Stay Black” and new 7” EP.