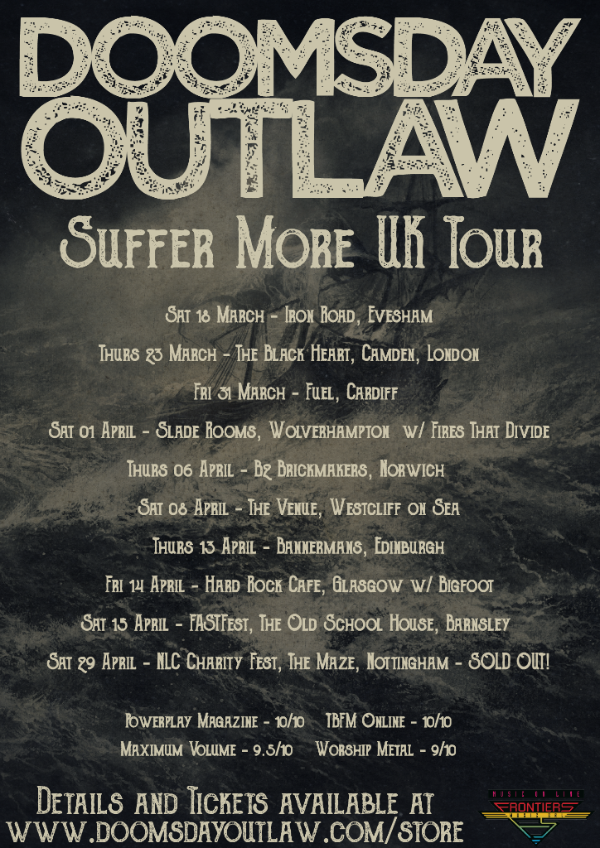 Derby based hard rock groove mongers, Doomsday Outlaw, have announced a run of dates across the UK promoting their acclaimed album, Suffer More.

Suffer More was released in 2016 and received a fantastic response from critics and fans alike. So much so that it got them signed to leading rock label, Frontiers Music, with label boss, Mario De Riso saying it was one of his favourite albums of the year.

They now head out on the road before entering the studio to record their follow-up album for Frontiers.

Singer, Phil Poole, said:“It’s an incredible feeling to announce our UK tour; to have the opportunity to travel to new cities and do something we love; bringing our music to a new audience throughout the UK… it’s a difficult emotion to put into words. Its our new beginning and we’ll see you there!”