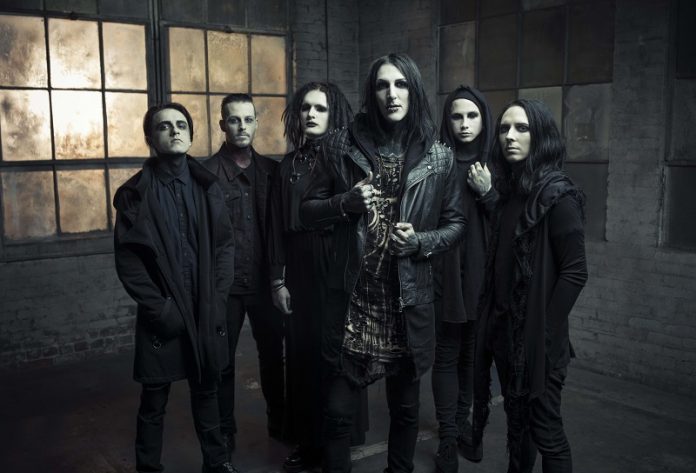 New song streams
MOTIONLESS IN WHITE have today debuted ‘Eternally Yours’, another new song from their forthcoming fourth studio album ‘Graveyard Shift’, set to hit stores on 5th May.  The release will be their first for new label home, Roadrunner Records.
You can check out the track streaming here on their YouTube channel – and pick it up today via iTunes, Amazon and all DSPs.
‘Eternally Yours’ also features fan-designed single artwork (attached) and follows the previously released track, ‘570’, the music video for which has received over 2.6 million views on the band’s official YouTube.  Both tracks are taken from ‘Graveyard Shift’ which will be available for pre-order in the coming weeks.
The band are currently on the road co-headlining ‘The End Is Here’ Tour across the US and are set for a European run of festivals including Download Festival in the UK on 9th June.
For more info on MOTIONLESS IN WHITE point your mouse at www.motionlessinwhite.net, www.facebook.com/motionlessinwhite, twitter.com/MIWBAND, instagram.com/MIWBAND or watch videos and stream audio at www.youtube.com/user/motionless1234