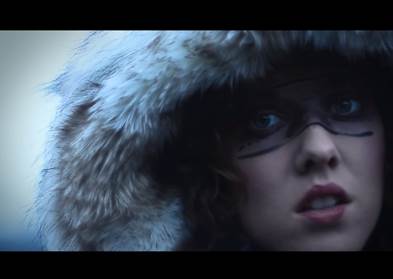 Metallica as you’ve never heard them – not even on Lulu

There is a great tradition of metal and rock songs being worked over by their non-metal contemporaries and the multi-instrumentalist quartet of sisters of SHEL have taken one of the most iconic 80s thrash metal songs and breathed new life into it by replacing the heavy instrumentals with haunting traditional instruments and group harmonies. The track is as disconcerting as it is beautiful.

Starkly contrasting James Hetfield’s signature growl from the original, lead vocals provided by Eva Holbrook add a breathy quality to the composition.  The song crescendos further along, introducing yet more instrumentals and shifts dissonantly yet seamlessly in and out of the major key.

The reworking’s release is extremely timely, with Metallica being ambassadors for this year’s Record Store Day which took place worldwide on Saturday, April 16th 2016.

While recording the cover of ‘Enter Sandman’, Eva Holbrook was concerned about how to tackle it. “When recording ‘Enter Sandman,’ I said a prayer to the gods of rock that I wouldn’t be struck dead, or mysteriously electrocuted in the studio for whispering the lyrics to a Metallica song, or for not including an electric guitar in the arrangement.  I’ve survived to say that I am truly blown away by the poetry of the song.”