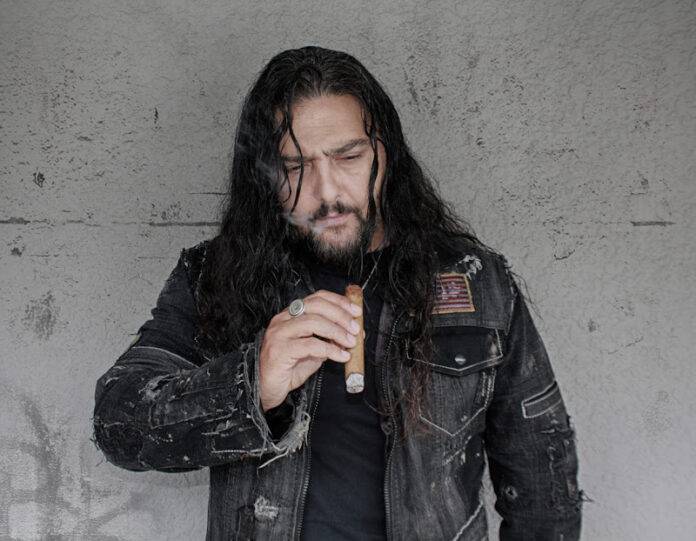 Iacono comments on the new single:

“‘Exiled’ deals with feeling completely disconnected with your surroundings and society in general, where nothing is logical to your understanding of life, and in return standing your ground for what is real to you and makes sense to your life and survival. The song is personal to me on more than one level, but people can interpret this how it fits best their own world, it has an open concept.”

“I’ve explored many facets of the music business, from performing, writing, and producing to managing,” he explains. “But I’d never explored that deep down energy inside my thoughts which drives me to compete and, in many ways, survive everything thrown at me.”

Iacono stands among the most prolific and hardest working soldiers of the metal underground. With Invictus, the frontman tackles a new personal quest, exploring a deeper and more personal outlook on his upbringing and the struggles within and around him. Iacono executes his vision alongside long-time collaborator J-F Dagenais (guitarist for Kataklysm and Ex Deo), producer/main songwriter Chris Clancy (Mutiny Within), and powerhouse drummer Jeramie Kling (Venom Inc., Inhuman Condition). Stand by for further details on Invictusto be revealed in the months to come.

Previous article
PERMISSION TO OUTLAND
Next article
EVEN LOUDER