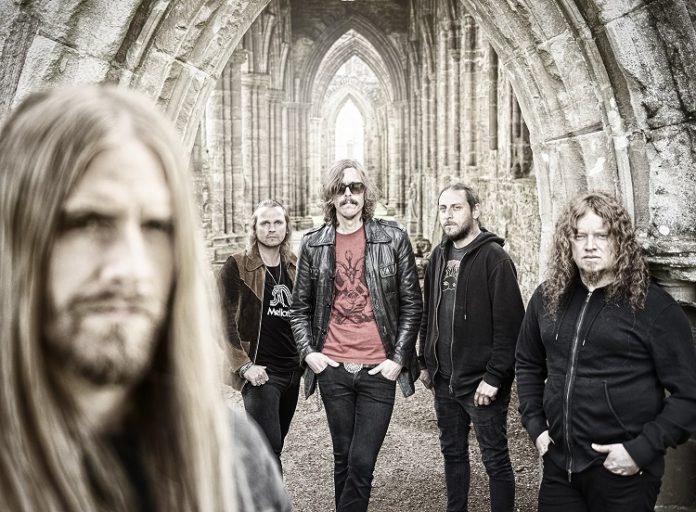 Swedish masters of progressive heavy-rock OPETH have revealed today the title and tracklisting for their awaited 13th album, In Cauda Venenum, that’s due out later this year via Moderbolaget / Nuclear Blast.

Recorded last year at Stockholm’s Park Studios, In Cauda Venenum will be released in two versions, in both Swedish and English languages. Various physical and digital formats will be available and additional details will be announced in the coming months.

In anticipation for the impending release, OPETH will be performing shows around the world through the end of the year, including a date at the UK’s Download Festival in June. Dates are listed below and tickets are on sale now at http://www.opeth.com. Additional touring will be announced soon.

4. De Närmast Sörjande / Next Of Kin

Aug 11 – Leeuwarden, Netherlands – Into The Grave

OPETH’s forthcoming album, follows their 2016 release, Sorceress, which garnered high praise from fans and critics around the world, and featured standout tracks like Sorceress, Will o the Wisp, Era and The Wilde Flowers. The band has toured extensively over the last several years in support, including a riveting performance at Red Rocks Amphitheatre in Morrison, CO that was recorded and released in 2018 as a live album and blu-ray, Garden of the Titans, and beautifully captures the intensity and excitement of the tour.