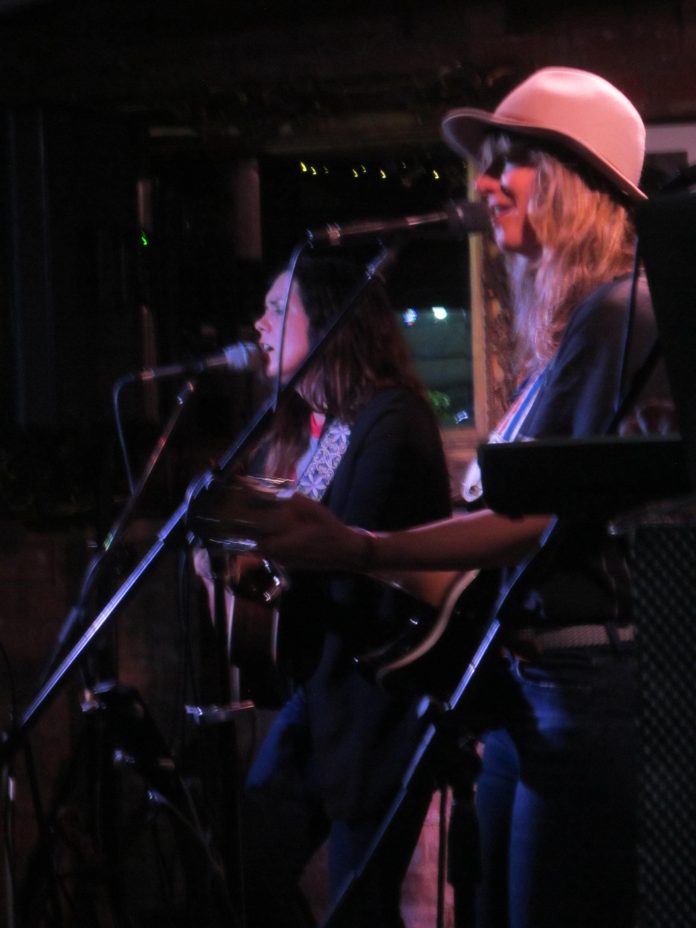 Although this Canadian duo are celebrating their twentieth anniversary, I have to own up and confess that I only came across them two years ago and enjoyed a wonderfully entertaining show at this same intimate venue. So, having released a well-received new album in March called `Everything`s Shifting` and over in England to promote this record, their ninth, I was looking forward to reacquainting myself with them.

Opening up tonight`s show was fellow countryman Ian Sherwood, a born storyteller, who shared an amusing and enjoyable short set of self-penned songs. Amongst the songs were `Me Or Your Money` which benefitted from looping his own sax and guitar parts and playing and singing over them. An insightful song called `Cape Town` about a muse and unrequited romance. `Dixieland Dirt Bovine` which came from a visit to a bar in Toronto named The Bovine Sex Club with his DJ cousin Starboy and finishing with a couple of numbers with `We`re Not Alone` and `Call On Me With Love` which highlighted just what an accomplished saxophone player this artist is. Ian has at least five albums released so I certainly have some catching up to do. 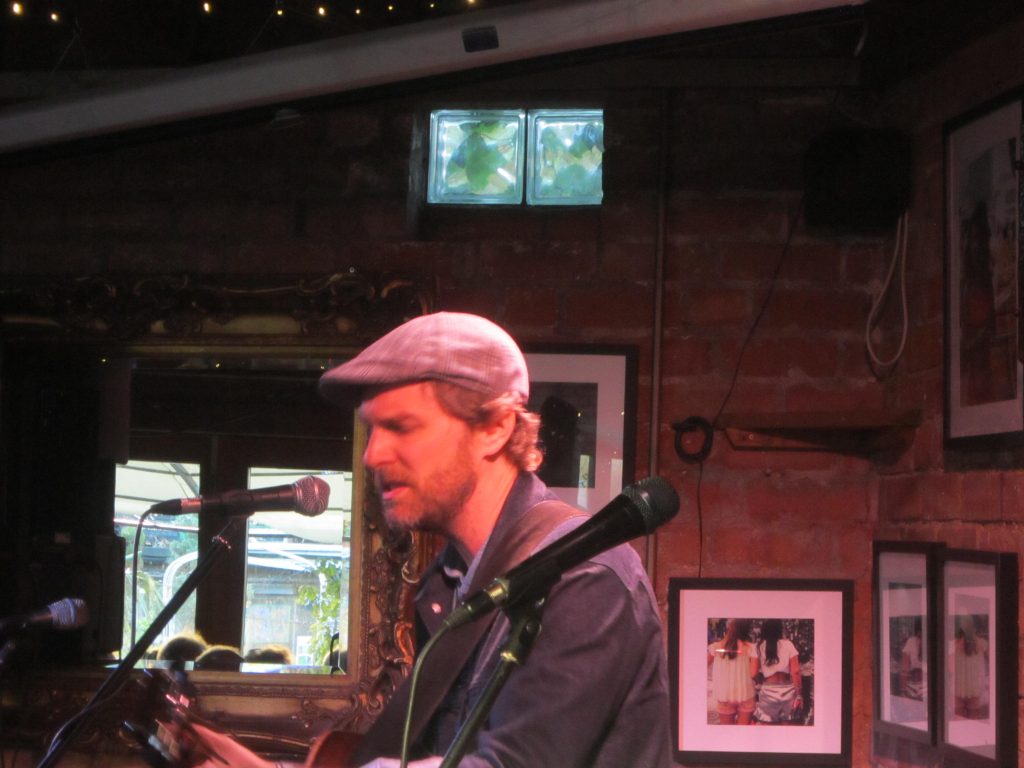 Brenley MacEachern and Lisa MacIsaac, who are Madison Violet are accompanied tonight by multi-instrumentalist Jakub Zapotoczny as they take to the stage and share a couple of cuts from the latest release with the heartbreakingly beautiful `Tell Me` and ` Sight Of The Sun` which is enhanced by Jakub`s keyboards and Lisa`s fiddle. A song written about a feisty redhead from the girl’s hometown called ` Lauralee` comes next with an interesting story about them playing this to an audience of young children and changing a lyric from Lover To Brother, only to make it seem more risqué. The first half of the show progresses with `Crying`, the more country tinged `Cindy Cindy` before a couple of tracks from `Everything`s Shifting with `Mama Told Me` and `Nobody` which is as Brenley shares, probably the saddest song the duo has written. The background to the song is indeed heart wrenching and one best left to be shared at a show. The set closes out with the upbeat `These Ships` inspired about the time the girls were going to purchase a houseboat, only to discover that Lisa couldn`t swim.

After a short interval the trio return with another song from the latest release with `All Over Again` and Lisa talks about the homophobic hate that her family received after her brother came out. The addictive `Ohio` is given an airing, a track written about the time Lisa spent in Shaker Square, Cleveland, Ohio in a play based on the folk legends, The Mamas and the Papas and starring Canadian Papa Denny Doherty. My favourite song ` Small Of My Heart` comes sandwiched between two more numbers off the latest release with `Time To Right the Wrong` and title track `Everything`s Shifting` which morphs into TLC`s `No Scrubs` `Come As You Are` closes the show with support Ian Sherwood adding his saxophone prowess to this tune. The now quartet are encouraged to return to the stage for a cover in the form of 4 Non-Blondes `What`s Up` with the ecstatic audience joining in.

It`s always a good sign when you don`t want a show to be over and tonight is such an occasion. A mixture of at times very personnel songs and stories, shared by superb singers whose voices really complement each other. Madison Violet are wonderful songwriters, accomplished musicians and storytellers and it was an evening that had you experiencing a variety of emotions, a band that can really touch your soul.

If it`s another two years before they return, it`ll be well worth the wait.