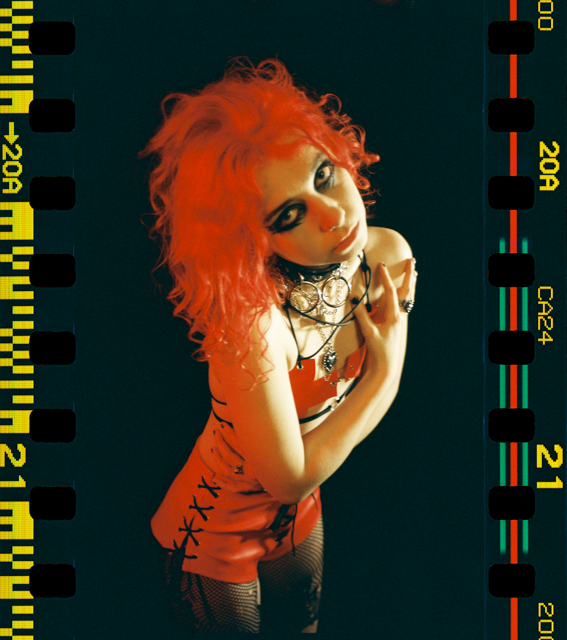 Describing herself as, “A punk-rocker who wants the music to speak again” BEX is a young artist looking to reshape the rock industry through a lens of hard-hitting riffs, feminist lyrics and cutting-edge videos. Amongst this BEX balances out all the things that “suck,” such as: sexism, racism, fast fashion, judgementalism and heartbreak with pleasantly uplifting things like: riffs, self-expression, expressive art, inclusion, equality, feminism and last (and certainly not least) respect.

Speaking about the track she says:

“Lyrically ‘Tiptoe’ is about males who take advantage of women, ‘just because we perform it doesn’t welcome you off stage’.  The chorus reflects on men taking action and the consequences that come from it:

Musically the track is just riffs, fat riffs. A simple punk structure with two alternative bass lines that compliment each other. ‘Tiptoe’  is simple but meaty. The song is filled with alot of rage and rebellion against female norms, standing up for myself/ourselves and other females who have been in vulnerable situations. The track is in favour of post modern feminism.”

Recorded in the first lockdown, “Tiptoe,” is a track produced by Sam Cramer, and with BEX’s bass tones all created by hand on a custom pedalboard.

“Tiptoe” arrives with a vivid official video co-directed by BEX herself and videographer/photographer Olivia Brissett.  Matching the soaring and beckoning energy of the track, BEX says of it:

“The video is a visual representation of my anger and rage in the song. Also representingfemale empowerment, and lastly… showing off my handmade outfits and masks.”

Honourably gifted across the arts, BEX is not just a musician, as she admits, “I hand painted the artwork on a canvas,” about the single’s artwork. Continuing her love for curating BEX expands on some of the projects she’s working on:

“I have been making a zine that I am going to get printed, it’s like a little lyric and expansion book, all handmade. I also self directed the music video and I am currently in the process of editing it! I love making things, I made all the outfits for the music video as well as the masks. Nearly everything is DIY, I love having the ability to portray my personality creatively.”

Taking influence from her love of renowned bands Rage Against The Machine,Paramore, System of a Down and The Pretty Reckless, BEX has the hairs on your arm rising with her distinctive brand of angsty punk-rock.

Starting out as a bedroom project in the summer of 2020, BEX decided to take her love for rock music that inch a bit further by picking up a bass and playing covers of her favourite riffs on instagram. Starting off with a mere 2,000 followers at the beginning of the year to a skyrocketing 35,000 by the summer, it’s fair to say BEX has an impeccable vision and is on her way to an ascending journey through the music industry.

Now onto a staggering 60K+ followers across her Instagram, Facebook and TikTok it’s fair to say BEX has a comfortable string of fans surrounding her. Making pals with not just her fans, but musical creators too as BEX has spent her summer laying down some face-melting riffs and rousing, call-to-arms choruses with collaborators including WARGASM, and playing live streams for IKEA/Live Nation and eMusic.

Her debut track”Tiptoe”, sees BEX bring her vision to new heights with a stomping first release of the year. Now preparing to air it live in the coming weeks, BEX will be performing at Brighton’s The Great Escape sister festival: Alternative Escape with a show on  Friday 13 May.

Previous article
BLOOD ON BLOOD
Next article
THE ARDOURS THEY FALL