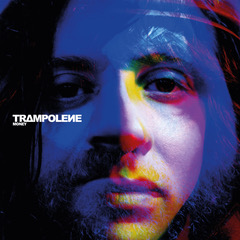 Money is the third song (following the release of Thinking Again and Sort Me Out last year) to be taken from Rules Of Love & War which features 12 new TRAMPOLENE original songs and was produced by Mike Moore (Baxter Dury/Liam Gallagher), Richard Jackson (Super Furry Animals) & Jason Stafford (Albion Rooms).

Says singer and boss Tramp Jack Jones: “Money was probably the fastest poem I ever wrote, just woke up one morning full of anxiety and anger and upset about the fact I knew I didn’t have any money…not even enough to eat properly. It just pissed me off…how we always end up being the ones suffering and the government gives tax breaks to the ones with all the money who are already rich…and now we are in the middle of a cost of living crisis I guess everyone’s feeling the same way.”

Says the legend that is Ray Davies: “I’ve known the dynamic Mr Jones for many years. We spent a memorable time writing songs in Lumb Bank – Ted Hughes’ old mill house in West Yorkshire. I admired his ambition and skill as a musician and I was then impressed by his courage to move to London at such a young age. I’ve had the pleasure of watching him bud from an exciting young writer to one of the finest young poets and composers in the country. He has a wonderful gift for melody, finding the deeper meaning in his compositions, and has been blessed with a supernatural gift as a wordsmith. Let’s not forget his formidable aptitude as a guitarist, either.”

Rules of Love & War will be available on CD, cassette, digital download and 12″ black or red vinyl, as well as exclusive formats and signed items. Preorder the album here: https://lnk.fu.ga/trampolene_rulesoflovewar

The band also play shows in Europe including  London Calling in Amsterdam. The full list of dates are:

Jack Jones, lead singer/guitarist of TRAMPOLENE is a spoken word poet, singer and songwriter. He moonlights as lead guitarist in Peter Doherty’s band The Puta Madres. BBC Radio produced a documentary portrait of Jack Jones & TRAMPOLENE, entitled ‘Another Swansea Poet’ in 2019. Jack writes about everyday life, his upbringing, and offers his own social commentary on the world, all delivered with a gentle Swansea lilt. Bassist Wayne Thomas works in a pub in North London. Drummer/Ivory tickler Mr Williams teaches piano in Swansea.

UP IN NEON LIGHTS