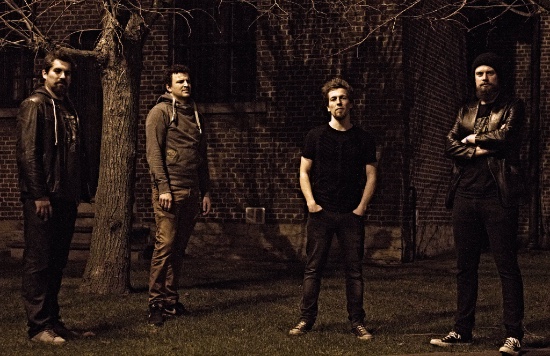 This June will see the official worldwide rerelease of Viper Vixen Goddess Saint, the debut album from Belgian fuzz rock quartet Fire Down Below.

Home to some of the finest acts in recent years to emerge from a freshly unearthed ‘Realm of Heavy’ – Wo Fat, Mothership, Vokonis, Steak et al – with the arrival of Fire Down Below at Ripple Music serving as a glowing endorsement of their sheer quality, it also plants a marker firmly in the sand and investment in plenty more exciting things to come. Already drawing comparisons with albums by Kyuss, Truckfighters, Red Fang and Soundgarden, following the worldwide release of Viper Vixen Goddess Saint this summer, the band will head back into the studio later this year to record a much-anticipated follow-up, slated for release in spring 2018.