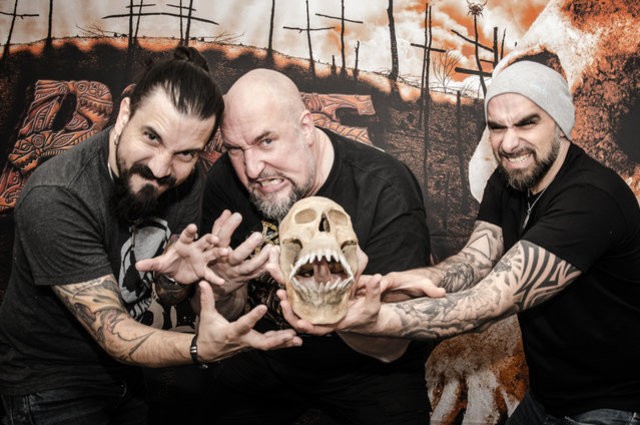 The creativity and productivity of the German heavy metal trio RAGE seems to have no limits. Little over a year after the successful “The Devil Strikes Again”, RAGE are set to deliver their new, 23rd studio album, “Seasons Of The Black“, which will be released on July 28th.

Today, RAGE reveal ‘Adoration‘, an old AVENGER classic, which was re-recorded in the current line-up for the bonus disc Avenger Revisited, which comes along with the limited edition of Seasons Of The Black.

“Seasons Of The Black” was recorded in February / March 2017 at Megafon Studios (Burscheid, Germany) and at Soundchaser Studios (Zandhoven, Belgium). Its production was handled by RAGE, whilst the renowned Dan Swanö (MARDUK, OPETH, KATATONIA) took care of the mix and mastering at Unisound Studios(Grefrath, Germany). The cover artwork was created by Karim König.

These bonus tracks originate from the time when RAGE was still called AVENGER. Peavy comments: “It was really nice to re-record the songs from my first years of being a musician! I remember quite well how the songs were created. I always thought that it’s a pity that most of the people don’t know these songs, just because they were released with another band name. For me it was always clear that these songs are kind of timeless and when we played them together it was really awesome! Back then, we couldn’t realise our ideas as good as today. When you listen to the new recordings you will recognize how fantastic these songs really are!”