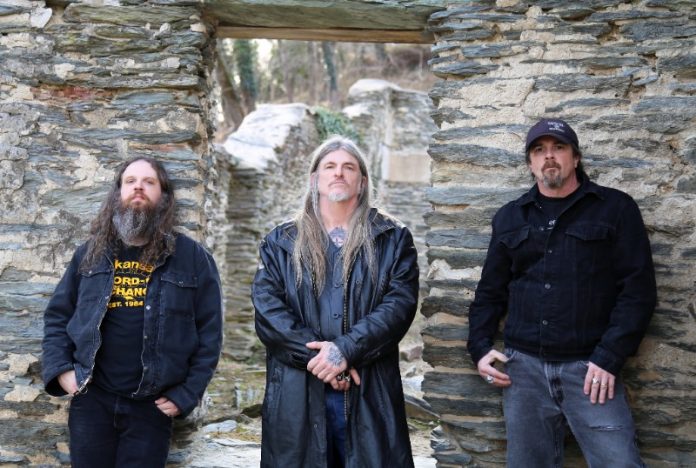 Doom rock legends THE OBSESSED have shared an acoustic performance of “The Way She Fly” recorded live at the Gibson Guitar Recording Studio in New York.

The song is taken from the band’s legendary debut album, now recently reissued and available for pre-orders below. Watch the full performance now via Revolver Magazine HERE and YouTube HERE.

Additionally, THE OBSESSED have begun their headline US Fall Tour featuring direct support by Cobalt and Iron Tongue on select dates. The band will also tour the US this Winter with Clutch and Devin Townsend Project. A full list of confirmed tour dates is available below.

Listen to the remastered, studio version of “The Way She Fly” now via YouTube AT THIS LOCATION.

Originally released in 1990 and out of print for almost two decades, the now legendary debut album from Doom godfathers THE OBSESSED will once again see the light of day in multiple deluxe formats. Now completely remastered with previously unreleased bonus tracks, including the highly sought-after Concrete Cancer Demo, expanded artwork, never-before-seen photos and extended liner notes from frontman Scott “Wino” Weinrich, this is the definitive edition of THE OBSESSED’s Self-Titled debut, a true piece of Doom history!

The Self-Titled Deluxe 2xCD includes a bonus disc containing THE OBSESSED’s highly sought-after and previously unreleased 4 track Concrete Cancer Demo from 1984 and a full live set from 1985 in Washington, D.C.! The Concrete Cancer Demo will also be available separately as a limited edition LP.