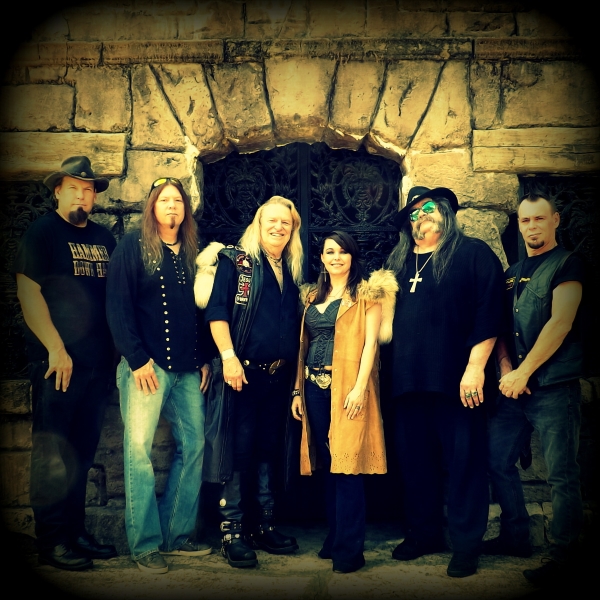 Southern Rock legends Black Oak Arkansas return with their first full-length album of all new recordings in more than 30 years! Founding members Jim “Dandy” Mangrum (vocals) and Rickie Lee Reynolds (guitar) have been keeping the spirit of BOA alive and their songwriting partnership makes this album an essential release in the band’s much heralded catalog!

“Underdog Heroes” includes a very special recording of virtuoso guitarist Shawn Lane, regarded by many as one of the fastest guitar players to ever live, and a member of the BOA clan since 1978 until his passing in 2003!

Available from Purple Pyramid Records on both CD and a special limited edition GOLD vinyl pressing (only 300 made)!

In the year 1963, some high school pals decided to get together to form a group because of their love of music. After 53 years, several dozen albums… three of which became gold, one of which became platinum, and one gold single from a song known as “Jim Dandy To The Rescue,” which was told to them to record by none other than Elvis Presley himself (!), this group of friends still manages to stay together. (After talking to Elvis about this song, Black Oak Arkansas was told the following week by their producer Tom Dowd and by their label president Ahmet Ertegun that these two industry giants were also about to ask BOA about recording that same tune! Ahmet himself only personally signed 5 groups to recording contracts in his long, long recording history… and Black Oak Arkansas had the honor of being number 5!) Many testimonials and awards have been presented to this band by everyone from Bill Graham, (who founded and ran Winterland Ballroom and both the Fillmore East and West), to Wolfman Jack from the Midnight Special; from First Lady Betty Ford to President Bill Clinton!

In their long musical history, the BOA boys have shared a stage with the likes of James Gang, Kiss, The Who, The Rolling Stones, Bob Segar, King Crimson, Emerson, Lake and Palmer, Black Sabbath, Foghat, Bad Company, Bruce Springsteen, Boston, Iron Butterfly, Grand Funk Railroad, B.B. King, Ted Nugent, Alice Cooper, The Outlaws, Deep Purple, 38 Special, Marshall Tucker, Buddy Miles, Billy Preston, Jerry Lee Lewis, BTO, Robin Trower, Humble Pie, Earth, Wind and Fire, The Eagles, Blackfoot, Credence Clearwater, Johnnie Winter, Edgar Winter, Rick Derringer, Steppenwolf, Allman Bros., The Doobie Brothers, Z Z Top, Chuck Berry, Lynyrd Skynyrd , Charlie Daniels, James Brown, Steely Dan, J. Geils Band, Cheech and Chong, Steve Martin, Danny Thomas, Evel Knievel , and the list goes on and on and on! Warner Bros. released a DVD on the early years of the band, and then charged forth with another release of a Black Oak Arkansas DVD live at Royal Albert Hall in London! BOA has donated many hundreds of thousands of dollars to charities in their career, and both the mayor of Little Rock and the governor of the State of Arkansas even declared a “Black Oak Arkansas Day” on October 6th. There is now a permanent display in the Arkansas State Museum and the Barton Coliseum in Little Rock, Arkansas dedicated to the band.

Black Oak Arkansas continue to tour around the US to enthusiastic audiences!