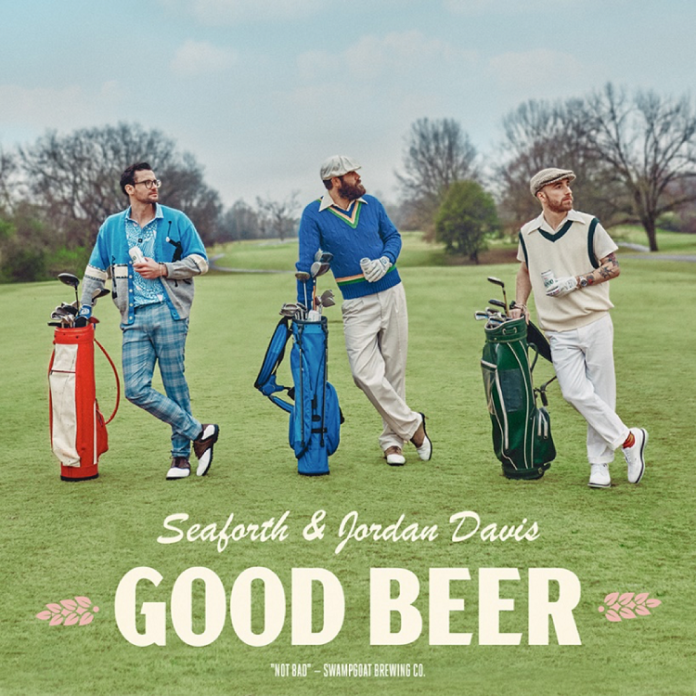 “We haven’t put music out in a minute, but we got tired of shedding tears and wanted to come into 2022 swingin’,” joked Tom Jordan and Mitch Thompson. “We wrote ‘Good Beer’ with two of our best mates, Rocky Block and Jordan Dozzi, and we think it’s a fun way to give folks a sneak peek at a new project we’re excited to share soon. Obviously having Jordan Davis on this track is exciting for us, he’s a full-blown legend. We’re fans of his and now friends, so we’re stoked to share it with him too.”

“Good Beer” is the duo’s first release since their viral hit “Breakups,” which earned critical acclaim from the likes of Billboard, Wide Open Country, People, and more, earning over 250 million global on-demand streams. This new offering kicks off 2022 with Seaforth’s signature good vibes and cheeky humour. The accompanying music video will also be released today (7/1), premiering at 11:00pm GMT. Tune-in here to see Seaforth and Davis hit the links.

“Although our golf skills are comparable to a sleeping humpback whale, as soon as we saw Blythe Thomas’ treatment for the video, we knew it was the perfect fit. We had such a great day filming it as we got to just have fun and show our personality…plus we got some super trendy outfits out of it. The whole thing is lighthearted, much like the song. We hope everyone digs it!”

Fresh off their opening stint on Jordan’s BUY DIRT TOUR, Seaforth will appear in London, UK for C2C: Country To Country on March 13th, performing on the Spotlight Stage at the O2 Arena, and Tortuga Music Festival in Fort Lauderdale, FL (US) on April 8th.