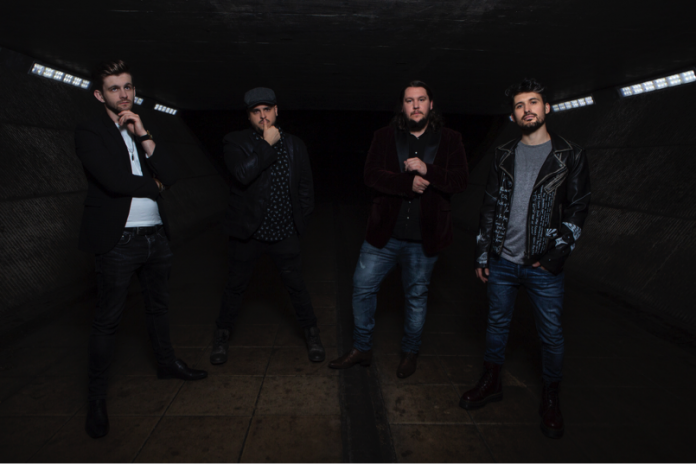 The track, taken from their forthcoming sophomore studio album, was produced by long-time collaborator Romesh Dodangoda (Bring Me The Horizon, Lower Than Atlantis).
Liberty Lies make their music in what future historians may describe as the ‘age of the offended’ in channelling their own frustrations into their song writing the band have produced the track that defines this age. ‘United Nothing’ is a cry of defiance. But not only of contemporary political paralysis but at the overall division that society faces and demonstrates on a daily basis.

It is ironic that those who appear to take the most offence are those with the most to say in a polarised political system that frustrates and disgusts [those who understand the true meaning of liberty?] in equal measure. Liberty Lies, like many others, believe nothing that our political parties say and that voting for the ‘Left’ or ‘Right’ is futile despite the global threat of climate change.

Rather than progress contemporary politics is backsliding into a rose tinted past. But while the rise of the far right in Europe and the increasingly entrenched divisions created by Brexit at home may appear a depressing inevitability to some they are inspirational to those prepared to question the status quo.

Fortunately Liberty Lies have the skills to tell it like it is in an authentic and uncompromising manner, always looking to produce something unique and sonically different and not blindly follow the ‘fall into line’ advice to be like band ‘A’ or band ‘B’
The narrative of ‘United Nothing’ is not just for those of us in the UK but it will resonate and find a home with the people of the world from the USA, Europe, Middle East and all those in between.

The new lyric video carries the visual punch as well as the track carries the lyrical punch, watch it HERE