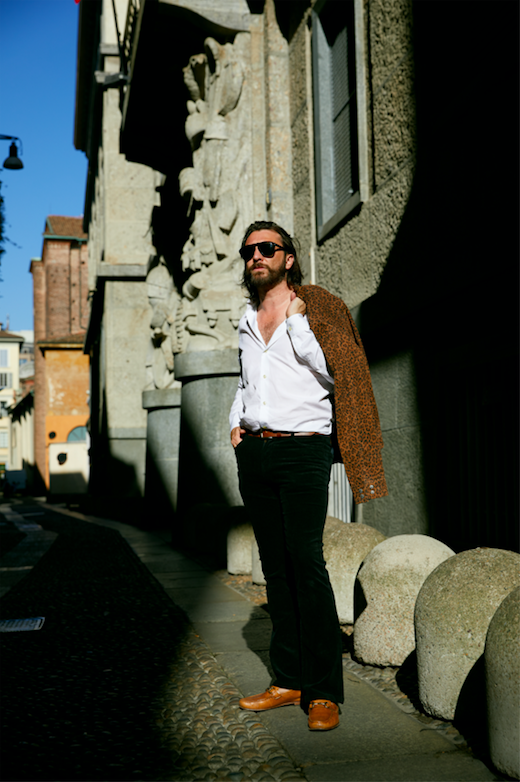 The multi-talented solo artist, Jet frontman and children’s book author Nic Cester today releases the new single ‘Did I Just Fall In Love’. The track represents his first solo release of 2022 and was co-written with his friend Nick Hodgson of Kaiser Chiefs.

‘Did I Just Fall In Love’ is a natural evolution from the style of Nic’s solo album ‘Sugar Rush’, bringing funk, disco and alt-pop elements into a song that’s flavoured with touches of Tame Impala, MGMT and Wild Cherry. And while on first listen you might think it’s a lyric exalting a first flush of passion, it actually comes from a far more personal place – the two artists looking ahead to the birth of their children.

Nic says, “This song was written together with Nick Hodgson of the Kaiser Chiefs. We’d both just found out we were about to become parents for the first time so it’s a love song to our (at the time) yet-to-be-born daughters. Nick had the idea for the chorus’s lyrics after he had seen the photo from the ultrasound for the first time.”

The song’s family themes are swapped for fright night thrills for the song’s official video. A dayglo Frankenstein-style monster is captivated by a woman that he sees on TV and breaks free of his shackles on a mission to find her. The two are united in this Halloween horror romcom, but the situation soon becomes infinitely more freaky than he had anticipated. The video was directed by Alexander Orlando Smith (Manic Street Preachers, Peaches).

‘Did I Just Fall In Love’ adds another fresh dimension to Nic’s diverse catalogue of music. He first came to attention with Jet, before debut solo album ‘Sugar Rush’ saw him explore a mix of old school R&B, funk and hip-hop influences, while last year’s ‘Skipping Girl’project combined a children’s book and an accompanying album, both of which were inspired by his childhood in Melbourne. Now based in Italy, Nic is also a member of the all-star rock ‘n’ roll collective The Jaded Hearts Club alongside Matt Bellamy, Graham Coxon, Miles Kane, Jamie Davis and Sean Payne.