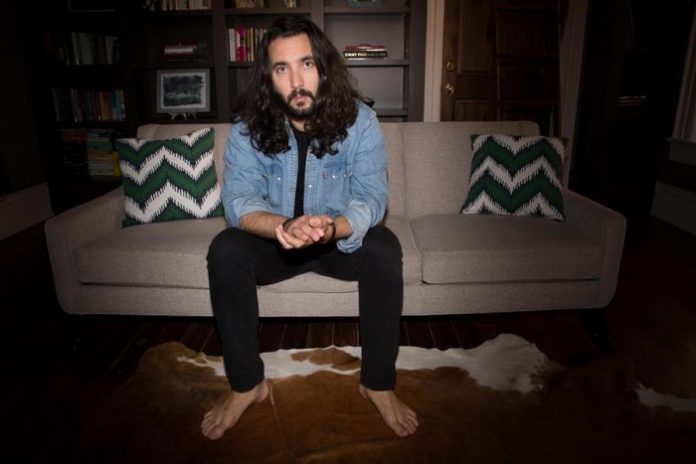 US Sensation hits the UK

Ron Pope & The Nighthawks’ self-titled debut album is out January 8 on his own label Brooklyn Basement Records. The band will celebrate at New York’s Irving Plaza on January 9 before kicking off a 31 city tour across the U.K. and Europe before traversing America. See full list of tour dates below.

Following his fifth studio album in 2014 and extensive worldwide touring, the Nashville based Pope began recording new music written on the road with his favorite Brooklyn-based musicians who later too the name The Nighthawks. The recording began in Lake Blue Ridge, Georgia followed by a loft in Louisville and finished up at The Magic Shop in New York. The final album was co-produced by Pope and Grammy award winner Ted Young (The Rolling Stones, Kurt Vile, Grace Potter) with Paul Hammer, Alex Foote, Andrew Pertes, Alex Brumel, Alan Markley and Michael Riddleberger of The Nighthawks.

While recording, the band enlisted filmmaker Kelly Teacher (“No Cameras Allowed,” “Austin To Boston”) to create “One Way Ticket,” a feature-length documentary following the band as they record their debut album and tour the U.S.  The film uses the story of Ron Pope & The Nighthawks as a backdrop to explain the state of the contemporary music industry and how to forge a career in the new digital age. “Here’s a guy who’s figured out how to do this basically by himself, and is really proving the power of streaming music,” says Spotify’s D.A. Wallach in “One Way Ticket.” The film will screen at this year’s SXSW and you can watch the trailer HERE.

As a solo artist, Pope has sold over two million singles to date and averages 15 million spins a month on Pandora. His songs have been streamed over 126 million times via Spotify, with over 100 million YouTube views and over 14 million plays on Soundcloud. His music has been featured on NBC’s “The Voice,” CW’s “Vampire Diaries” and “90210” and multiple seasons of FOX’s “So You Think You Can Dance,” which sent two of his albums into the top 100 on iTunes simultaneously. Pope also guest stared on Nashville as himself last season.