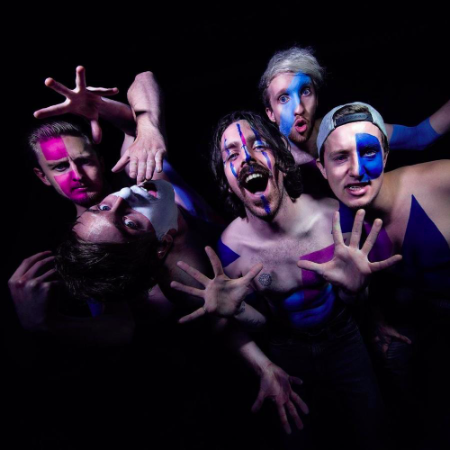 Fresh off their North American trip wowing fans at this year’s Canadian Music Week, Where Fires Are have released the video for their new single ‘Die or Survive’, taken from their EP One Four Six One, which is out now.

With cinematic, old-fashioned stylings and vivid explosions of colour, the video is a perfect accompaniment to the rugged dynamics and emotion of the track.

The band explain, “We are all so proud of this video, we love the special effects used and fell in love with the concept incorporating Victorian-era Leeds that the production company Tommings came up with.”

It is the third music video the band has released in as many months and follows the release of the hard-hitting, alt-rock anthem ‘I’ve Got The Time’.It features on the recently released four-track EP One Four Six One, which saw the band bring their electric performance to stages across the UK on their headline tour at the beginning of the year.

Their 2015 Orange EP gained extensive coverage from BBC Introducing’s Alan Raw and BBC 6 Music’s Tom Robinson and saw them appear at some of the UK’s biggest festivals like Reading, Leeds and Kendal Calling.

They are now back on UK turf and will be performing at London’s Cargo on May 18th before appearing at a number of festivals throughout the summer.